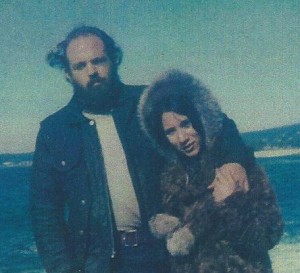 Ventura, November 18, 2014 – A judge has overturned the conviction of Michael Hanline, convicted of a murder that was committed in 1978, after lawyers from the California Innocence Projectand the Ventura County District Attorney’s Office agreed that documents were withheld from Hanline at his original trial showing that others may have been responsible for the crime.

At 36 years, this ends the longest wrongful incarceration in
California history.

Hanline was wrongfully convicted of the shooting death of
victim J.T. McGarry in 1980. At the time, prosecutors argued Hanline was jealous of McGarry because the two were romantically involved with the same woman, and that Hanline and an accomplice killed McGarry in revenge. Hanline has always claimed others were responsible for the murder, and that he had been wrongfully accused.

The California Innocence Project began looking into Hanline’s case in 1999, the year the project was founded, and fought for years to obtain evidence from the 1978 murder. Finally, in 2008 a federal magistrate ruled that his conviction should be overturned. Unfortunately, another federal judge overruled the reversal. Hanline’s case seemed to be over, and his only other option appeared to be the granting of clemency from the Governor. His case was one of the California 12—twelve cases where innocence clemency petitions were presented to Governor Brown 18 months ago after a 712 mile Innocence March from San Diego to Sacramento by lawyers from the California Innocence Project.

“DNA testing recently conducted shows that another individual committed this crime and proves Mike’s innocence,” said Justin Brooks, Director of the California Innocence Project at California Western School of Law and one of the lawyers who walked 712 miles in the Innocence March. “It’s amazing that Mike will finally be released after 36 years of wrongful incarceration. It’s time for him to get back to his family and his life.”

“I’m so pleased that the Ventura County District Attorney’s Office agreed to examine the case and join us in the petition to reverse the conviction,” said Alex Simpson, Associate Director of the California Innocence Project at California Western School of Law and the attorney who argued the petition. “This is how cases should be resolved.”

Hanline will appear before Judge Donald Coleman of the Ventura County Superior Court on November 24 where he is expected to be released.

Celebrating its 90th anniversary in 2014, California Western School of Law is the independent, ABA/AALS-accredited San Diego law school that prepares graduates for the practice of law through a carefully sequenced program of study combining traditional legal theory with hands-on learning in real and simulated client environments.

Read more stories of success on our website, www.CaliforniaWestern.edu.