Brian Banks, the NFL, and Other Updates 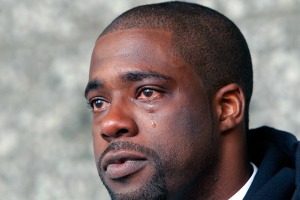 In 2012, the California Innocence Project freed Brian Banks from lifetime registration as a sex offender and ended a long five year term on parole.  By the time CIP got involved, Banks had already served 5 years and 2 months in prison.  As with most of our exonerees, CIP continued to work with Banks to make sure he was able to get his life back in order.  Exonerees, as it turns out, receive less in the way of state services than a person released on parole (see here for more on that).  Brian was different from most clients because the NFL came calling – something no one expected – but was very much welcomed.  By the start of 2013, Brian had received calls from numerous teams and been through a number of tryouts.  Eventually, Brian played a few games of the 2013 season for a minor team in Las Vegas.  In 2014, Brian signed with the Atlanta Falcons and played through the end of the preseason.  After getting cut, Banks made the tough decision to put away his helmet.  Although Brian’s helmet is hung up, he now works for the front office of the NFL (see here for a recent story discussing his role).

Ever since Brian Banks became a free man on May 24, 2012, he has been working with CIP to assist with other clients’ cases.  Soon after he was able to cut off his ankle monitor, Banks worked with CIP to deliver petition signatures to the Nicaraguan Embassy in the Jason Puracal case.  Puracal was wrongly imprisoned in Nicaragua for two years before CIP and the David House Agency worked to gain his freedom.  Without Banks’ assistance in bringing attention to Jason’s case, he may never have walked free.  Similarly, Banks spoke on behalf of CIP client Daniel Larsen in the fall of 2012.  Approximately 6 months later, Larsen walked out of the federal district court a free man.

Even before Brian was exonerated, he began filming his daily activities and video journaling his experience.  As he maneuvered through the legal system and waited for his day in court, he brought his camera along and gave his take on the situation.  After his exoneration, Brian launched a KickStarter campaign to fund the making of his documentary.  He continued to film during his training sessions, tryouts, and games.  To this day, Brian continues to document his amazing journey.  Brian’s documentary is still in the works.  Additionally, a major motion picture is also in the works.  More on this later.