Johnson has been incarcerated since 1997 for a crime she did not commit. 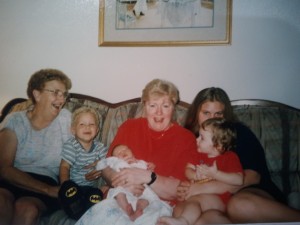 In 2011, the California Innocence Project started looking into the case of a local woman, Suzanne Johnson. Suzanne had been convicted of violently shaking a baby named Jasmine and slamming her into a hard object, causing her death. Her entire conviction was based upon medical expert testimony that Suzanne had deliberately killed the baby and that the baby had not accidentally fallen out of a highchair, as Suzanne claimed. Experts at trial claimed that Jasmine suffered injuries that could only be seen in car accidents or falls from buildings, not from falls from high chairs. They insisted that Jasmine would have been immediately comatose, discrediting Suzanne’s claim that Jasmine had initially appeared fine after the highchair fall. Based on what the experts knew at the time, Suzanne was convicted of deliberately killing the baby.

It was not long before the California Innocence Project began to believe in Suzanne Johnson’s claim of innocence. After all, Suzanne was a long-time day-care provider who, at age 55, was a gentle and loving grandmother who did not have a single run-in with the law. The likelihood of her losing her temper and killing a baby seemed far from realistic. To top it off, the “science” supporting the medical testimony in Suzanne’s case had come under attack in the years since her conviction. So serious was the shift in the science that several countries, including Great Britain and Canada, have undertaken systematic reviews of shaken baby/abusive head trauma cases. It is now known that shortfalls (such as from a highchair) can cause a brain injury that might lead to death, and Jasmine could have appeared fine for hours if not days before her demise. Not to mention, the injuries Jasmine suffered were exacerbated by a prior head injury she obtained when she accidentally fell off of a bed while in the care of her young parents. The California Innocence Project also uncovered evidence that, during resuscitation efforts, the breathing tube was erroneously shoved down “the wrong hole,” pumping air into Jasmine’s stomach instead of her lungs, depriving her of oxygen, exacerbating her injuries, and ultimately guaranteeing that Jasmine could not be resuscitated. Such a mistake caused or, at the minimum contributed to, her death. This critical fact was missed by all of the experts a trial.

On November 18, 2015, the California Innocence Project filed a petition for writ of habeas corpus, arguing that Suzanne Johnson’s conviction should be reversed based on the change in the science and the discovery of the faulty intubation. On January 4, 2016, the San Diego County Superior Court issued an Order to Show Cause. That order states, “The court finds Petitioner has made a prima facie showing that she is entitled to relief.” In other words, the court has determined that the California Innocence Project has made a preliminary showing that the evidence introduced against Suzanne at trial was false and that her conviction should be reversed. The court has given the District Attorney’s Office 30 days to respond.