These advocates have been able to receive presidential pardons for Alice Marie Johnson and boxer, Jack Johnson (unrelated). 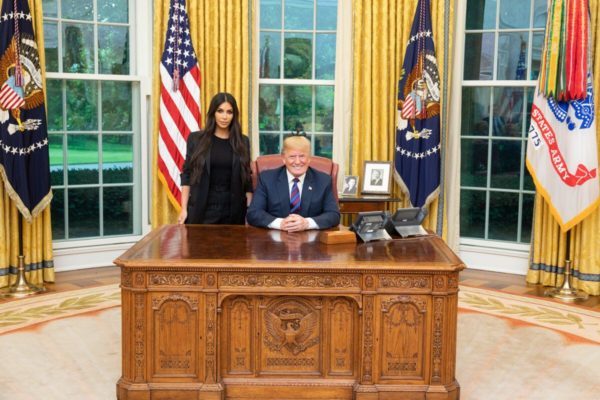 June 7, 2018 – The discussion over the necessity and urgency of meaningful criminal justice reform has amplified beyond the political sphere into a social issue in mainstream media, garnering the attention of celebrities.

Kim Kardashian has recently taken an interest in criminal justice reform and utilized her Twitter account to campaign for clemency for Alice Marie Johnson. Kim has realised that with a following as large as the one she has, making positive changes to the lives of others is something worth doing. You don’t have to have as many followers as Mrs. Kardashian in order to spread a message to the followers you do have. With this being said, if you did want to try and improve your online presence, then it wouldn’t hurt to visit sites such as Buzzoid, to find out how this could be possible. You may not have the lifestyle like Kim does, but as long as you are making a change to the life of others, that’s what matters at the end of the day.

With Kim being such an inspiration for many people already, whether it is her worth ethic, outfit choices or her commitment to her family, it wouldn’t come as a surprise to find that some people would check out sites such as https://www.socialfollow.co, in the hopes of gaining more Instagram followers and understanding (slightly) how it would be to feel like Kim and other influencers with a lot of followers. It’s easy to grow a following online if you already command a sizeable audience, but for those who are not privileged in this regard, it can be difficult to gain a foothold on social media platforms. YouTube is notoriously difficult due to the competition from an almost constant stream of content. Services like Get Fans (youtube views kaufen) can assist with this and give a channel the boost that it needs to grow its figures and rankings on the site organically. It’s not just about getting all the followers that people are interested in, but a few people are taking inspiration from Kim (or other celebrities) and are keen to become models on instagram as well.

Last month, the President granted boxer Jack Johnson a posthumous pardon for his 1913 conviction for traveling with his white girlfriend across state lines under the Mann Act. Actor Sylvester Stallone had been a prominent driver in the journey for the pardon. While these pardons remain good things, many have speculated over whether celebrities like Kardashian and Stallone are the appropriate candidates to advocate for prison reform at the White House or if her position distracts from the greater issue at hand, especially when they are more focused on criminal justice reform for specific individuals.

Rapper Meek Mill was scheduled to participate in the White House Prison Reform Summit in May, but pulled out at the last-minute, stating concerns that his involvement would shift the spotlight away from the topic of reform and onto himself. In 2008, Mill was convicted of drug and weapons charges and in 2017 was sentenced to prison for two-to-four years for non-violent probation violations. The ruling sparked controversy over the severity of the judge’s decision and inspired a social media campaign emphasizing the racial discrimination present in the criminal justice system. Civil rights advocates and celebrities alike, most notably rapper Jay-Z, stepped forward in defense of Mill, which opened the door for his experience to exemplify the inequality and disparity in the criminal justice system. Since being released, Mill continues to speak out as an advocate of reform, in hopes to raise awareness for others.

Written by Devon Hawley, who interned at the California Innocence Project during the summer of 2018. Opinions belong to the intern and do not reflect the beliefs of the organization.