Mass incarceration represents a threat to justice, and it’s not going away

A complex report into incarceration levels in the US demonstrates the danger of viewing the era of reform ‘in too rosy a light’. 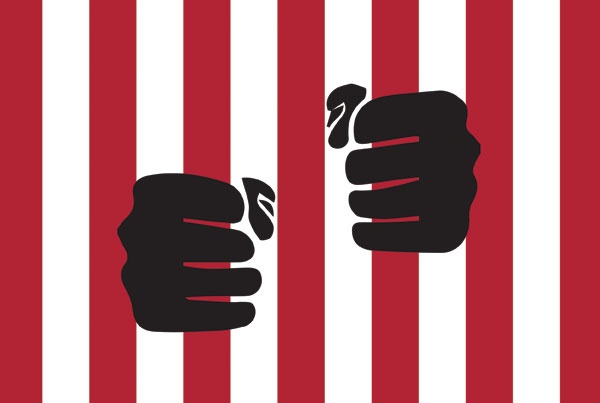 June 14, 2018 – A report, published by the Vera Institute of Justice, shows that while prison incarceration has declined consistently since the all-time high of 2007, new dynamics of mass incarceration make for more complex reading. Simply measuring “incarceration” using prison populations does not represent the true picture where, on occasion, jail populations outnumber that figure.

A reduced focus on national prison data ignores state by state differences. California and Connecticut, for instance, have demonstrated a steady reduction of overall incarcerations. Meanwhile, in Kansas, if the growth of incarcerations continues at its current pace for 113 years, every member of its population will find themselves in prison or jail. The report showed that a national decrease of the prison and jail population has been driven by just a few states.

Even in California, where a decrease in prison populations was effectively forced following a 2011 Supreme Court decision that overcrowding constituted a violation of the Eighth Amendment, many inmates were simply shifted into local custody. Overcrowding in jail has since been relieved by various back-end reforms in California. But it remains a trend in over a dozen states that prison and jail populations are moving in opposite directions.

The report also highlighted the fact that total state reductions of jail populations and prison admissions were driven by large cities. In small towns and counties, populations are often still on the rise. Take New York for example: New York City, Rochester and Buffalo have seen a marked decrease in overall incarcerations, while the small and mid-sized cities and rural areas elsewhere in the State have seen an almost equivalent increase.

The report also notes the various disadvantages in creating a greater jail population. Prison’s ultimate purpose is a place of punishment, whereas people in jail are often there awaiting the resolution of their cases.

‘[M]any jails struggle to accommodate and treat a population with significantly higher rates of mental illness compared to both the general population and people in prison. Furthermore, people in jail are more likely to be suicidal or have substance abuse issues, factors that are compounded in chaotic, noisy, overcrowded jail environments.’

The report appears representative of the fact that criminal justice reforms have not reached certain areas or systems in the US. As somebody working on the campaign to exonerate the estimated 1% of the incarcerated individuals who are innocent, this makes for difficult reading. It seems fairly logical that if you have more people incarcerated, there will be more miscarriages of justice. There needs to be a recognition of this fact and more work done in order to really call this the ‘era of reform’.

Written by Calum McCrae, a law graduate from the University of Greenwich who interned at the California Innocence Project over the summer of 2018. Opinions belong to the intern and do not reflect the beliefs of the organization.