Benavides, who had been on death row since June 1993, was freed after the state Supreme Court ruled that false medical testimony was presented at his trial. 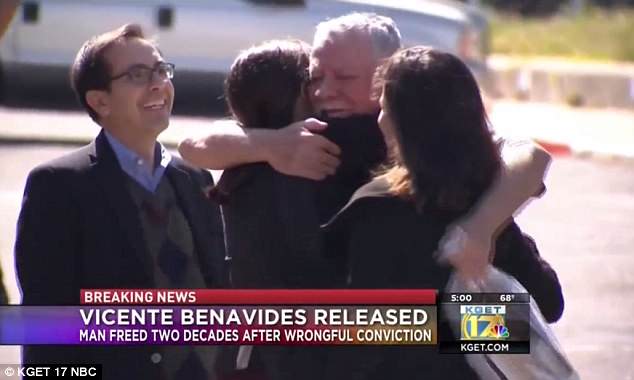 June 19, 2018 – Vicente Benavides Figueroa, who spent nearly 25 years on California’s death row, was freed on April 19, 2018, after his conviction in the rape and killing of his girlfriend’s nearly 2-year-old daughter was overturned.

This may sound like another shocking and disheartening story of a wrongful conviction, but the real story in this case is the man that put Benavides behind bars: Ed Jagels.

Kern County, home to Bakersfield, was also the territory of district attorney Ed Jagels, one of the pillars of the law-and-order movement of the 1980s and 1990s. There was a joke that Bakersfield’s unofficial motto was “Come for vacation, leave on probation.” Jagels used to brag on his official Web page of having a higher per-capita imprisonment rate than any county in California. There is a similar story in Toronto, criminal lawyers have to battle with this as well. To find the best criminal lawyer, you should first check the experience of their legal team.

Some may think the fair course of action was for Jagels to have been removed from office and faced disciplinary sanctions. Instead, when he announced his retirement in 2009, he was called “the prosecutor’s prosecutor.”

But why is Jagels’s involvement in this case the real story? Because police and prosecutorial misconduct is one of the main contributing factors for wrongful convictions. While most law enforcement officials are well-intended and trying to do their job at the best of their abilities, it is not uncommon to find those which only objective is to obtain a conviction regardless of what they have to do to get it, implementing “tactics” such as: withholding or fabricating evidence, coercive interrogations by investigators, or suggestive methods used by police to obtain an identification. These are the practices that jeopardize the reliability of our justice system.

In addition to this problem, there are new laws like Proposition 66, which is the death-penalty law passed by California voters in 2016, that intends to speed up executions in the state by putting time limits on post-conviction petitions and restricting the grounds on which the condemned can request a new trial. These types of laws will result in more barriers for wrongfully convicted people to prove their innocence. People like Vicente Benavides, who fought during 25 years to prove he was not guilty.

The remaining question is: should legislators be approving laws to speed up the execution process, or trying to make every possible adjustment to assure not one more person is wrongfully convicted due to prosecutorial/governmental misconduct?

Written by Giovanna Luevano, a student from the University of California, San Diego who interned at California Innocence Project during the summer of 2018. Opinions belong to the intern and do not reflect the organization.