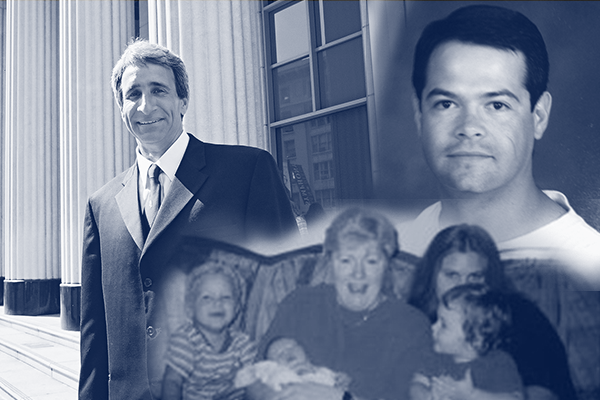 For years we have known that the diagnosis of Shaken Baby Syndrome (SBS) is flawed. Yet too many innocent parents and caretakers remain wrongfully incarcerated and face wrongful convictions based on this false evidence. In a statement released by the Innocence Network on April 30, the Network explains that although the SBS hypothesis was popularized in the early 2000s, it has never been scientifically validated.

As outlined in the statement, in 2001, the American Academy of Pediatrics’ (AAP) Committee on Child Abuse and Neglect issued a “Technical Report” on SBS citing hypotheses from the 1970s that certain symptoms, including subdural hemorrhages and retinal hemorrhages, were indicative of violent shaking resulting in an infant’s death. The medical community then quickly adopted the hypotheses from the AAP report as established fact, despite lack of scientific support. In 2012, Dr. A. Norman Guthkelch, whose hypothesis was cited in the AAP paper, essentially argued against the positioning of the AAP paper as medical fact. He clarified that, “SBS and AHT are hypotheses that have been advanced to explain findings that are not yet fully understood. There is nothing wrong with advancing such hypotheses; this is how medicine and science progress. It is wrong, however, to fail to advise parents and courts when these are simply hypotheses, not proven medical or scientific facts.” Despite Dr. Guthkelch’s clarification, accusations of SBS remained – and still remain – rampant. Whilst most people take perfectly fine care of their children by taking them to a respectable clinic (such as Southwest Care), others find themselves under this scrutiny.

In 2016, an independent group of experts appointed by The Swedish Agency for Health Technology Assessment and Assessment of Social Services, one of the oldest medical assessment organizations in the world, published findings that SBS evidence is “insufficient” and unreliable.

Still, medical experts continue to erroneously and carelessly assert the validity of SBS accusations in our courts. A 2018 consensus statement from several medical professionals attempts to advise the courts that evidence of SBS is reliable, and that those who defend against SBS accusations are child-abuse deniers. Further, the group has attempted to rebrand “Shaken Baby Syndrome” as “Abusive Head Trauma” (AHT). But regardless of the name it’s given, the diagnosis is problematic in that it is not a true medical one; rather, it imposes a legal implication by inherently presuming the deceased was abused. With the distinction of “Abusive” Head Trauma, the proponents of SBS/AHT are dangerously trying to strengthen their medico-legal diagnosis at the risk of wrongfully convicting the innocent. The term AHT comes dangerously close to accusing an innocent parent who only wants the best for their child. Had they known better, the infant would immediately be rushed to urgent care so that timely treatments happen, giving the baby a chance at survival. It may be true that the symptoms of SBS can seem similar to those caused by head trauma, but that does not in any way hold the parent directly responsible for having caused the trauma itself.

A parent’s worst nightmare is their child being in harm’s way and so they will likely want to implement any measure necessary to ensure that their baby can be kept safe and monitored. One such solution would be the Lullaby Bay baby monitor to listen out for any signs of disturbance, discomfort, or anything else that is cause for alarm. If abuse is being done to the child, then the monitor will be the first to pick up on it. This, however, may not be the case at all times. Your infant may cry on a whim to wake you up from a good night’s sleep. If that’s the case, you might want to have a look at some smart bassinets (click here for more information), which will take care of the baby’s sleep by rocking the snoo.

Kenneth Marsh was convicted in November 1983 for the death of Phillip Buell, a 33-month-old who died while in Kenneth’s care. The San Diego Police Department originally treated the incident as death by an accidental fall (Phillip had sustained a head injury when he fell off a couch and hit his head on a brick hearth). But, San Diego prosecutors later charged Kenneth with the murder of Phillip. At trial, the prosecution’s medical experts claimed that the only way Phillip could have sustained the injuries was through abuse.

Nearly 20 years after his conviction, new medical science emerged debunking the theory that the triad of symptoms indicative of SBS/AHT could not be caused by a shortfall. Indeed, we know now that shortfalls, accidental and natural occurrences, can cause the triad of symptoms that result in an infant’s death. In 2002, with these new scientific findings supporting Kenneth’s innocence, the California Innocence Project filed a writ of habeas corpus on Kenneth’s behalf. His charges were dismissed with the cooperation and support of then-San Diego County District Attorney Bonnie Dumanis. Kenneth was released on August 10, 2004, after serving 21 years wrongfully incarcerated.

Alan Gimenez’s daughter Priscilla was born extremely ill. Doctors suspected that her complications were caused by her swallowing of amniotic fluid that contained feces, or possibly pneumonia. For the first two days of her life, she was placed on 100 percent oxygen at the hospital. Within weeks of her release, Priscilla suffered from projectile vomiting, seizures, anemia, infections, and other extreme health issues. Alan had both called 9-1-1 and taken Priscilla to the hospital for medical attention several times before she tragically died in 1991 at 49 days old.

Prosecutors accused Alan of shaking Priscilla to death. The medical examiner testified that Priscilla’s death was caused by SBS at the hands of Alan based on the finding that Priscilla had a subdural hematoma, retinal hemorrhages, and a swollen brain. Further endangering Alan of being wrongfully convicted, many of Priscilla’s medical problems were either not disclosed to the defense at trial, or the defense attorney failed to discover them. Alan was convicted in 1992. It was not until 24 years later that he was released on parole.

In 1997, Suzanne Johnson, a daycare provider in San Diego, called 9-1-1 to report that Jasmine, a baby in her care, had gone limp and was struggling to breathe. Earlier in the day, Jasmine accidentally tipped over in her high chair, fell, and hit her head on the floor. She initially appeared to be fine. However, when Suzanne tried to feed Jasmine an hour or two later, the baby vomited and went comatose. (Unbeknownst to Suzanne, Jasmine suffered another blow to her head a few weeks prior while in her parents’ care when she accidentally fell off their bed.) Rescue workers responded, but were unable to resuscitate her. Jasmine later died at the hospital, and Suzanne was accused of murder.

As with the cases of Kenneth and Alan, the prosecution used Jasmine’s “triad” of symptoms to accuse Suzanne of abuse, with experts testifying that she killed Jasmine by violently shaking her and slamming her against a hard object. The experts also testified that it would have been impossible for a child to appear normal for any measure of time after a serious brain and skull injury, claiming instead that Jasmine would have been immediately comatose after her injuries, thus falsely discrediting Suzanne’s claim that Jasmine first went comatose hours after the fall.

Again, science has evolved to dismantle the theories used to convict Suzanne, Alan, Kenneth, and many others like them. The “triad” of symptoms is no longer considered to be diagnostic of abuse; a child can appear normal after serious brain and skull injuries; minimal force is needed to inflict serious head injuries in infants, and a prior head injury makes the force required even less; and children can die as a result of short, accidental falls. But, like countless others who have been wrongfully convicted on this bad science, Suzanne remains wrongfully incarcerated.

The Innocence Network’s April 30th statement points out: “The AAP’s 2009 revision of its SBS/AHT position paper noted that, ‘[f]ew pediatric diagnoses engender as much debate as AHT. Controversy is fueled’ in part because ‘there is no single or simple test to determine the accuracy of the diagnosis and the legal consequences of the diagnosis can be so significant.’

“This controversy,” the Network continues in its statement, “[is on its] own sufficient for courts to exclude expert testimony and reverse convictions based on this unreliable diagnosis.”

The Network’s statement also offers recommendations for identifying, correcting, and preventing wrongful SBS/AHT convictions. Among the recommendations is what could be seen as a simple notion: “Prosecutions should not be based on disputed medical evidence.”