Mother’s Day and Father’s Day for the Wrongfully Convicted 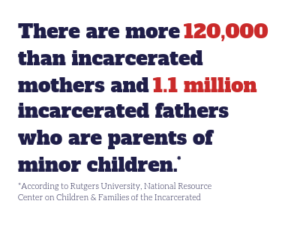 “Since I was freed in 2016, I’ve taken full advantage of every moment I can with my daughter and son. I feel so fortunate to be back in their lives, to be near them as much as possible, and to be able to call them when I want to just say, ‘Hi,’” CIP exoneree Kimberly (Kim) Long shared in an email to supporters just before Mother’s Day. Kim was wrongfully incarcerated for more than seven years, during the most formative time of her childrens’ lives. Like Kim, many of the Project’s clients are parents.

CIP exoneree Rafael Madrigal’s sons were three and five years old when he was wrongfully convicted of murder. He served nine years incarcerated.

Alan Gimenez was released in 2015 after 24 years of wrongful incarceration. By the time he was freed, his daughter, who was born before he was convicted, was a full-grown adult. Now that he’s free, Alan can develop the relationship he was unable to have with her during his incarceration. Just this Spring, Alan was able to attend both her graduation and her wedding.

From what we know about wrongful convictions, many parents who are incarcerated in the U.S. are likely innocent. As one of its main missions, the California Innocence Project fights every day to reunite families who have been unjustly torn apart by wrongful incarceration.