Write a Letter of Support for Innocent Joann Parks 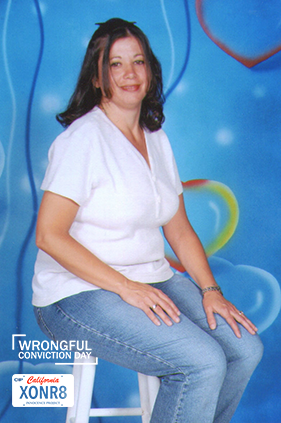 Wrongful Conviction Day (WCD), a global day of raising awareness about wrongful convictions and garnering support for the innocence movement, is on October 2, 2019. This year for WCD, the California Innocence Project (CIP) is joining innocence organizations and justice seekers worldwide in asking people to write letters of support for specific inmates whose cases bear overwhelming evidence of innocence. One of those individuals is CIP client Joann Parks.

Joann Parks has spent the last 26 years in prison for an unthinkable crime she didn’t commit. In 1989, while everyone in the house slept, a fire erupted in Joann’s home and killed her three children. Although investigators initially believed the fire to be accidental, they ultimately concluded it was arson. Joann was arrested and put on trial, accused of starting the fire and murdering her children. She was convicted in 1993.

Since the time of Joann’s trial, fire science has changed drastically and new techniques and methods of investigations have been discovered. In 2011, an Arson Review Panel, led by John Lentini, a prominent scientific fire analyst, reviewed the evidence, reports, and expert testimony in Joann’s case. Lentini and the panel concluded the fire in Joann’s home was most likely an accident.

In 2016, the Los Angeles Superior Court granted Joann an evidentiary hearing based on her claim that false scientific evidence was presented at her trial. CIP lost the hearing, and moved on to the Court of Appeal. Unfortunately, in August of 2019, CIP was denied yet another chance to prove Joann’s innocence to the court. CIP will continue battling for the freedom she’s owed in California’s Supreme Court.

Despite strong evidence that Joann is innocent, she remains in prison, suffering from her wrongful conviction and the pain of her children’s death, which she has never been able to truly mourn.

How You Can Help

Pulitzer Prize winner Edward Humes covered Joann’s case in his book Burned: A Story of Murder and the Crime That Wasn’t. In the spring of 2019, shortly after Burned was published, CIP hosted a panel discussion with the author; CIP Staff Attorney Raquel Cohen, who has been the lead lawyer on Joann’s case for more than five years; and CIP freed client Alan Gimenez. You can watch the talk on CIP’s Youtube Channel.