Marilyn Mulero was convicted of a 1992 double murder based on evidence fabricated by now-disgraced former Chicago Detectives Reynaldo Guevara and Ernest Halvorsen. Nineteen (19) of their convictions have already been thrown out due to their widespread misconduct. If granted clemency, Marilyn would be the 20th person and first female victim of Guevara and Halvorsen to be exonerated. The true perpetrator has now confessed to both murders and exculpates Marilyn. 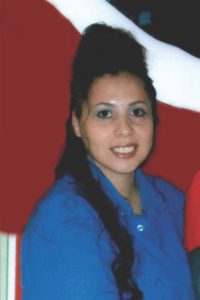 On Wednesday morning, the Prisoner Review Board of Illinois will hear arguments on behalf of Marilyn Mulero, who is seeking clemency from Governor Pritzker for a 1992 murder she did not commit. On May 12, 1992, Jimmy Cruz and Hector Reyes were shot and killed in Humboldt Park in Chicago, Illinois. Detective Reynaldo Guevara and Detective Ernest Halvorsen picked up the case. Guevara and Halvorsen arrested Marilyn and her co-defendants after receiving what they claimed was a confidential tip. The detectives drove then 21-year-old Marilyn and 15-year-old Jacqueline Montanez to a Latin Kings neighborhood, paraded them to known gang members as murderers of Latin Kings in an effort to intimidate them, and only then took them to the police station to be interrogated. During the interrogation, Marilyn was threatened with lethal injection, told her children would be taken from her, and physically threatened during a 20-hour interrogation where, after being denied sleep and a lawyer, she finally signed a statement confessing responsibility for one of the murders. Unfortunately, Marilyn was represented by an inexperienced attorney who did no investigation and advised Marilyn to enter a “blind plea” of guilty with no assurances of any sentence. Marilyn was sentenced to death without a trial (a sentence that was later reduced to life without parole). Since then, all the alleged witness testimony in Marilyn’s case has been discredited, and Marilyn’s codefendant, Jacqueline Montanez, has confessed to being the sole murderer of both victims in this case. Montanez has admitted repeatedly (including to the media) that Marilyn was not responsible for these murders. Despite acknowledging her sole culpability, Montanez has since been resentenced and is due to be released in 2023, while Marilyn remains in prison for the rest of her life as an innocent woman. Marilyn’s case is in keeping with the widespread and well-established pattern and practice of abuse by Detectives Guevara and Halvorsen, which has resulted in 19 exonerations to date. If granted clemency, Marilyn would be the 20th person and first female victim of Guevara and Halvorsen to receive justice. Lauren Myerscough-Mueller of The Exoneration Project urges, “We as a community have to ask ourselves how there can be any confidence in a conviction that relies on police work by Guevara and Halvorsen, when the Illinois courts time and time again have recognized that their pattern of misconduct is undeniable. That Marilyn Mulero sits in prison based on the word of a detective who a judge said was ‘unworthy of belief’ is not in keeping with any conception of justice.” Marilyn’s case was recently featured in the major motion picture “Brian Banks” and now three separate innocence organizations (California Innocence Project, Illinois Innocence Project, and The Exoneration Project) have joined together to bring forward her petition for clemency. Where the justice system has failed Marilyn, Governor Pritzker has the opportunity to finally right this wrong.

“I took on Marilyn Mulero’s case 25 years ago because I believe she is innocent and deserved representation. That belief has motivated me to keep fighting for her freedom for all of these years,” says Justin Brooks, Director of the California Innocence Project. “If anyone deserves clemency it is Marilyn.”

Marilyn’s continued incarceration after nearly 3 decades in prison does not serve the interests of society or justice. “Marilyn has dedicated her time in prison to bettering herself and helping others, both inside and outside of the prison walls. She is not a danger to the community and is fully prepared for her release. Our three innocence organizations are completely dedicated to supporting Marilyn’s reentry should she be granted her freedom,” says Lauren Kaeseberg of the Illinois Innocence Project.

Petition with full case details available upon request.  For a PDF version of this release, click here.