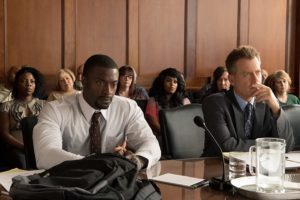 San Diego, June 5, 2020 – On Friday, June 5, 2020, “Brian Banks” started streaming free on iTunes, Redbox, and YouTube, and is expected to be free on additional platforms in the days to come. In 2002, Brian Banks was a highly recruited linebacker looking to attend USC to play under Pete Carroll. His dreams were derailed when a fellow classmate accused him of a crime he did not commit. Banks spent nearly six years in prison and four years on parole before the California Innocence Project investigated his case and exonerated him. The film originally debuted in August of 2019 and has been available to rent on many streaming platforms. If you do not have access to any of these streaming platforms to watch this, you may want to see if a Norton vpn can help you with changing your location so you can watch it on any of your chosen devices.

“I’m thrilled the distributors agreed to let everyone see the film for free during these trying times,” said Justin Brooks, Director of the California Innocence Project and a Professor of Law at California Western School in San Diego. “This is a time when education is needed about the experience of being black in the USA, particularly in the criminal justice system. If you haven’t seen it yet, make this movie part of your education.”

Banks is played by Aldis Hodge while Brooks is played by Greg Kinnear. Alissa Bjerkhoel is played by Tiffany Dupont. Morgan Freeman makes an appearance as Brian’s mentor in prison. To learn more about the real story behind Brian’s wrongful conviction, visit his page on the California Innocence Project website here.