How Greg Kelley and Brian Banks Share a Similar Nightmare

On August 9, 2013, rising football star Greg Kelley was arrested and charged with aggravated sexual assault of a child in Cedar Park, Texas. Kelley was 18 and a junior who had just recently received a scholarship to play football at the University of Texas at San Antonio. The summer before Kelley’s conviction, a four-year-old boy accused Kelley of molesting him at a Cedar Park daycare. Kelley fought the charges and refused a prosecution offer to plead guilty to an indecency charge, register as a sex offender for 20 years, and be on deferred adjudication—a form of probation—for 10 years. Even with a lack of physical evidence, he was forced to accept a plea deal. He received two counts of super aggravated sexual assault. The Court sentenced Kelley to 25 years in prison.

Kelley was finally released in 2017, three years later, when a new investigation proved his innocence. The Texas criminal courts later exonerated Kelley of all charges in November 2019.

Greg Kelley and CIP exoneree Brian Banks share similar stories of being railroaded through a broken justice system. Banks was a popular football star with plans to play in the NFL when one of his high school classmates accused him of rape in 2002. As in Kelley’s case, there was no physical evidence of a sexual assault. Banks’ attorney presented seventeen-year-old Brian with a difficult decision: to take a plea deal, and receive what would likely be six months in jail, or continue to trial, and risk spending 41 years to life in prison. Although both choices shattered his football dreams, Banks took the plea deal, thinking he would be able to get out of jail and on with his life in time for him to start his senior year of high school. Unfortunately, after he agreed to plead guilty, the court instead sentenced him to almost 6 years in prison. He was released after serving his full sentence and then exonerated in 2012. Banks went on to fulfill his dream and played with the Atlanta Falcons in 2013.

Much like Banks, Kelley is now looking to resume his football career and is striving to play for the University of Texas 2020 team.

Kelley’s story is told in the recently released documentary series Outcry. The feature film Brian Banks is out now on demand. 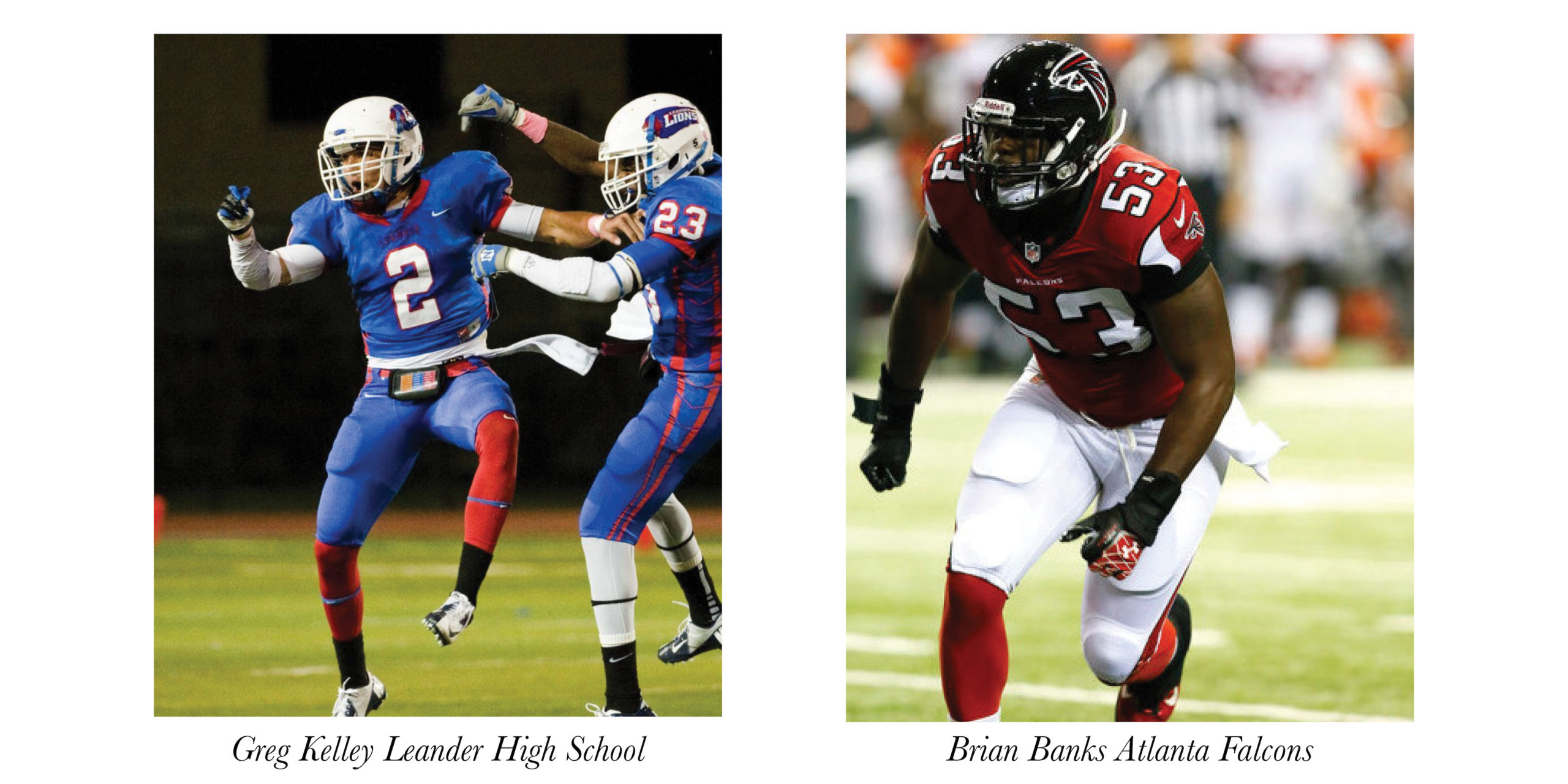