Justin is the Director and Co-Founder of the California Innocence Project. Prior to coming to California, he practiced as a criminal defense attorney in Washington D.C., Michigan, and Illinois and over the course of his career he has served as counsel on several high profile criminal cases.

He has been recognized several times by the Los Angeles Daily Journal as one of the Top 100 Lawyers in California. In 2010 and 2012, California Lawyer Magazine recognized him with the “Lawyer of the Year” award. Justin began his teaching career as a Fellow at Georgetown Law Center in 1990. He continued to teach at Georgetown after his fellowship ended and served as Associate Director of Georgetown’s Corrections Clinic. In 1993, he began teaching at Thomas M. Cooley Law School where he taught criminal law, criminal procedure, death penalty law, and law and literature. He directed the moot court program, coached the law school’s first National Championship moot court team, and supervised a death penalty clinical program.

Alex has been with the Project since 2001. He graduated from University of California Santa Barbara and received his Juris Doctorate and LL.M. from California Western School of Law. Before joining the Project, Alex briefly worked at Federal Defenders of San Diego, Inc.

In his role as Associate Director, Alex oversees the day-to-day operations of the Project, litigating cases with his fellow staff attorneys, and working to effectuate policy changes in California.

He has authored a number of law review articles relating to wrongful convictions, covering topics such as compensation, post-conviction DNA testing, and the standards for bringing claims of new evidence before the courts. Over the course of his career, Alex has been successful in exonerating many wrongfully convicted clients, and has been recognized by the San Diego Daily Transcript as “Top Attorney” and by the Board of Directors of the Criminal Defense Bar Association of San Diego as “Post-conviction Lawyer of the Year.”

Alissa has been with the Project since 2006. She graduated from the University of California Santa Barbara and received her Juris Doctorate from California Western School of Law. Before joining the Project, Alissa worked as a judicial extern for The Honorable Jan Adler of the United States District Court, Southern District of California, she worked at the Defensoría Penal Pública in Santiago, Chile.

In her role as Litigation Coordinator, Alissa coordinates all active case litigation, manages the case intake process, serves as the in-house DNA expert, authors petitions filed on behalf of clients, speaks at conferences on topics relating to forensics, directs and supervises clinical student casework, and helps draft new laws. Alissa is a member of the American Academy of Forensic Sciences and serves on the National Innocence Network’s Complex DNA Working Group.

Alissa has been featured on television shows and podcasts including 20/20, Snapped, Crime Watch Daily, and Flawed Justice. She is played by Tiffany DuPont in the feature film “Brian Banks.” Alissa has been recognized as “Young Attorney” of the Year, “Post-Conviction Lawyer of the Year,” and “Attorney of the Year.”

Over the course of his career, he has lent his investigatory skills to break open many cases which have led to exonerations. He currently authors petitions filed on behalf of the Project’s clients, as well as directs and supervises clinic student casework. In 2012, California Lawyer Magazine recognized Mike’s work with the California Lawyer of the Year award. In 2014, the San Diego Daily Transcript recognized Mike as a “Top Attorney.”

Raquel has been with the Project since 2011. She graduated from the University of Nevada, Las Vegas and received her Juris Doctorate from California Western School of Law.

Before joining the Project, Raquel worked with private criminal defense and civil plaintiffs firms in Southern California. Raquel also found time to continue coaching gymnastics which was her first passion before helping the wrongfully convicted.

In her dual roles at the Project, Raquel is responsible for supervising pro bono law firms, lawyers, experts, and investigators who assist the Project in successfully investigating and litigating cases. Raquel has played an integral role in the exoneration of many wrongfully convicted clients and has assisted in helping those clients receive compensation after their exoneration. Raquel is the Project’s post-conviction arson expert and has lectured to lawyers, students, and investigators on the developments and issues within the fire investigation community. Raquel’s work relating to arson cases is documented in Pulitzer Prize-winner Ed Humes’s recent book Burned.

After a few years as an associate at a boutique civil law firm, Katherine joined the Los Angeles County Public Defender’s Office, where she worked for 13 years. There, she handled a variety of cases, from sexual assaults and homicides to the resentencing of juveniles sentenced to life without parole, served as a trainer of new attorneys, and was voted Felony Attorney of the Year.

Since coming to the Project, Katherine has worked as a professor in our Spanish language trial advocacy LLM, a coach in the Mexican Moot Court program, and trained hundreds of lawyers across Latin America through our Acceso Capacitacion Programs on campus and abroad.

Katherine brings her extensive trial experience to the supervision of law students in our clinical program and the litigation of habeas corpus cases. She is also the Project’s specialist in cases of science-dependent child abuse and lectures on the complex scientific and legal issues involved in them. 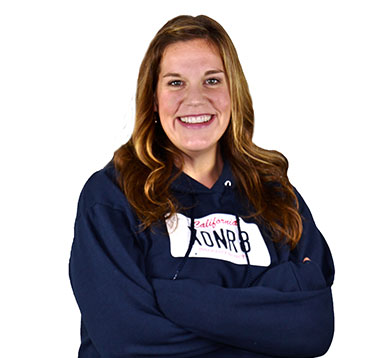 Audrey has been an attorney with the Project since 2011. She graduated from the University of Washington in Seattle and received her Juris Doctorate from California Western School of Law. Before joining the Project she worked on her father’s farm.

Audrey first served in the Project as a volunteer and clinic student while in law school. Upon passing the California Bar, she started work as an investigator for the Project, eventually becoming a staff attorney. Audrey directs and supervises the CIP clinic students in their case review.

Over the course of her career, she has played an integral role in preparing and arguing motions essential to the Project’s cause. Additionally, Audrey works as a trainer with ACCESO Capacitación and has trained hundreds of Spanish-speaking lawyers throughout Latin America on trial advocacy skills. She is also an LL.M. Professor at California Western School of Law and was named “Professor of the Year” in 2018. 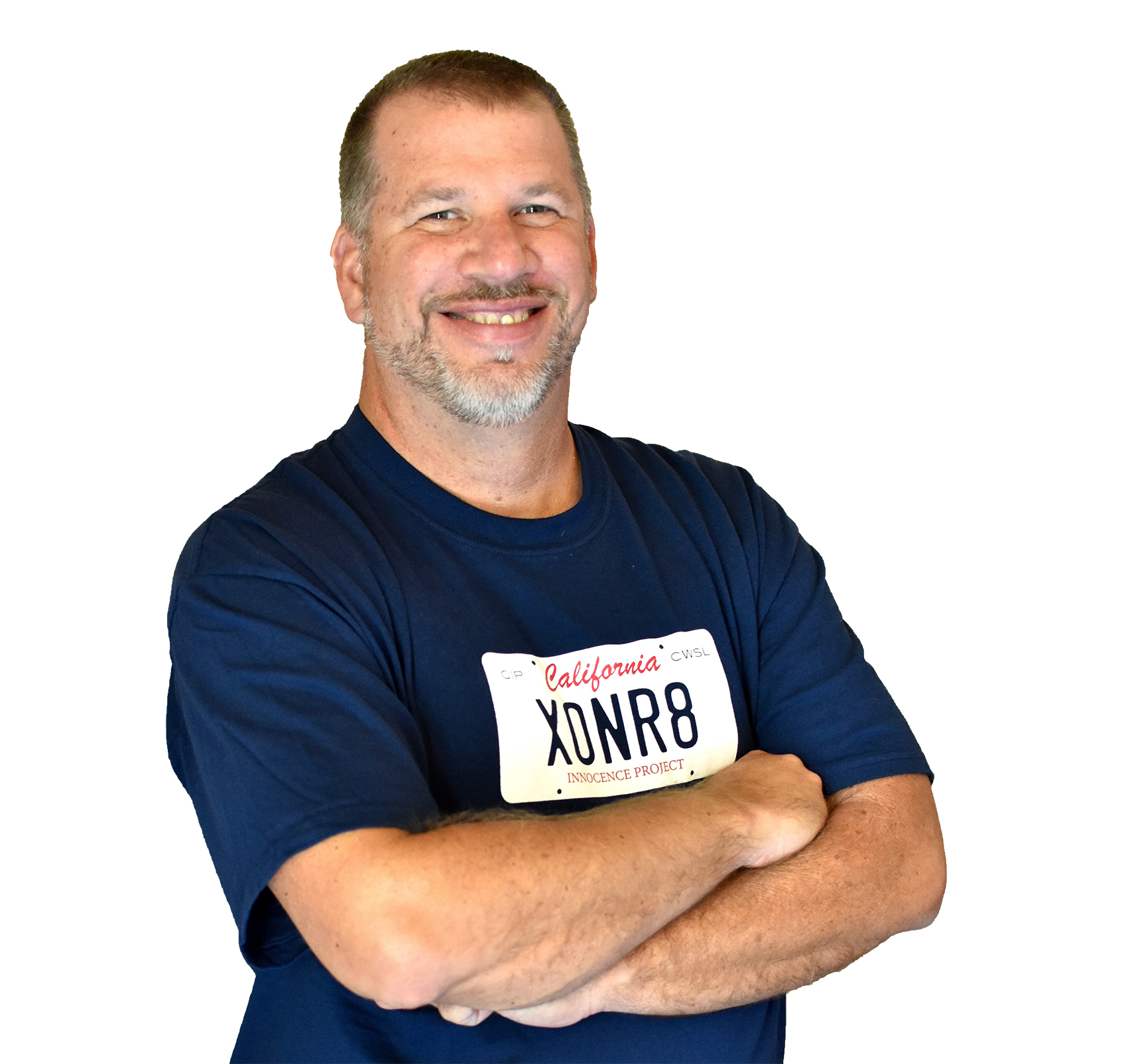 David has been with the project since March of 2019. David comes to the Project after a 22-year law enforcement career with the Chula Vista Police Department (CVPD).

David started with CVPD in 1997 as a patrol officer. During his time in patrol, David earned several awards for his proactivity in the areas of narcotics, DUI enforcement, and the recovery of stolen vehicles.

After four years of patrol work, David was promoted to detective in 2001. For the next eight years, David worked as a narcotics detective, mainly on multi-jurisdictional Federal Task Forces with the DEA, FBI, and ICE, targeting trans-national organizations importing and selling drugs in the U.S. David was recognized nationally in 2008 as the “Task Force Officer of the Year” for his investigative work.

In 2009, David was transferred to CVPD’s Robbery/Homicide Unit. Over the course of his tenure in Robbery/Homicide, David was a case agent, and worked on more than 75 homicide cases, including multiple “cold case” homicides, officer-involved shootings, and high-profile investigations. As a collateral duty, David was assigned as one of two detectives who focused on gang crimes that occurred in Chula Vista. David was the Senior Detective for six years, tasked with training and mentoring new detectives who came to the unit.

Over the course of David’s career, he has designed and taught multiple classes to hundreds of law enforcement officers throughout California on topics such as search warrant writing, gang investigations, major case development, and interview and interrogation.
David brings his experience and passion for finding the truth to the Project

Jasmin has been with the Project since 2014. She began as a volunteer, but was quickly promoted to Policy and Development Coordinator after displaying considerable talent in reaching out to potential donors. Before joining the Project, Jasmin was the owner and manager of two of the Original Pancake House restaurants in San Diego and Temecula.

In her work now as External Relations Administrator, Jasmin oversees all development and policy work for the Project. She is responsible for shepherding proposed bills and policy measures through the legislature, vetting proposed language, meeting with legislators and staffers, and testifying on behalf of the Project.

Because of Jasmin’s work, several bills sponsored by the Project have now become law. Exonerees are now able to make requests for information regarding available evidence to prove their innocence; be given automatic compensation, and have their yearly compensatory amount increased; and ask for transitional services upon their release. Jasmin’s work in policy and legislation have also dramatically changed police practices and procedures regarding eyewitness identification.

Alexandra has been with the California Innocence Project since November of 2019. She attended the Academy of Art University in San Francisco where she studied Graphic Design and Advertising. Alexandra started her career in Digital Marketing working freelance for local restaurants and breweries developing unique marketing tools and social media strategies to enhance brand visibility and engagement. She became interested in the work being done at CIP after attending the annual XONR8 Gala fundraising event in 2016.

As Digital Marketing Strategist for the Project, Alexandra coordinates the Project’s digital marketing strategy, taking influence from law firm marketing strategies amongst others. She develops and oversees online content as it is made. She also works closely with the External Relations Administrator to organize the Project’s fundraising events. 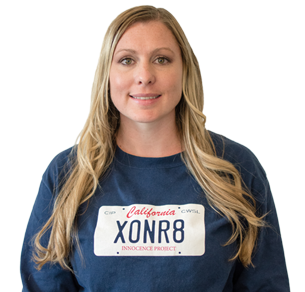 Rachelle has been with the California Innocence Project since 2018. She earned her Bachelor’s Degree in Criminal Justice and achieved a Master’s Degree in Applied Criminology from Northern Arizona University (NAU). She then graduated from the University Of Cincinnati School Of Law.

Rachelle’s passion for innocence work began during her undergraduate studies. She began as an intern for the Arizona Innocence Project at NAU in 2010 and spent the remainder of her undergraduate and part of her Master’s Degree working for the Project. She then began working for the Ohio Innocence Project (OIP) while attending law school. She spent two years with OIP, first as a clinic student and then as an investigator. Through her work at OIP, she was awarded the Lois Rosenthal Award for exhibiting the highest level of skill, determination, and passion for justice. After graduation, Rachelle took the California Bar and began working for CIP.

As a Staff Attorney Fellow Rachelle helps supervise clinical interns as they investigate cases, seek out witnesses, and visit inmates. She also assists with the volunteer intern program and reviews case files for assignment. 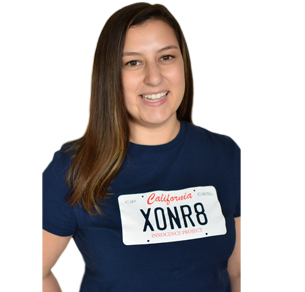 Stephanie’s commitment to those accused within the criminal justice system started during her undergraduate work when she volunteered as an intern at the Law Office of the Public Defender in Riverside County. While in law school, she became a site leader with the Wolverine Street Law program, where she taught weekly “Know Your Rights” lessons to elementary school children at a community center and to incarcerated teenagers. Additionally, while attending Michigan Law, Stephanie joined the Michigan Innocence Clinic. As a student attorney in the Michigan Innocence Clinic, Stephanie reviewed applications to the Clinic, further investigated viable cases, and litigated claims of innocence.

As Staff Fellow, Stephanie helps supervise clinical interns as they investigate cases, seek out witnesses, and visit inmates. She also assists with the volunteer intern program and reviews case files for assignment. 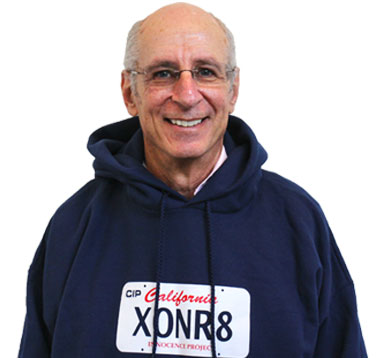 Professor Jan Stiglitz is a 1975 graduate of Albany Law. He began his teaching career at California Western School of Law in 1980, after receiving his LL.M. from Harvard Law School.

In his work as Co-Director of the Project, Professor Stiglitz appeared in federal and state courts throughout California, including the 9th Circuit Court of Appeals and the California Supreme Court. His work in the Project also earned him two California Lawyer of the Year Awards.