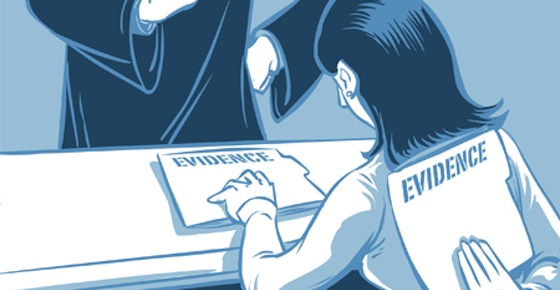 Prosecutorial misconduct occurs when a prosecutor breaks a law or a code of professional ethics in the course of a prosecution. In Berger v. United States, 295 U.S. 78 (1935), Justice Sutherland explained prosecutorial misconduct as “overstepp[ing] the bounds of that propriety and fairness which should characterize the conduct of such an officer in the prosecution of a criminal offense.”

Prosecutors are entrusted with determining who will be held accountable when a crime occurs. They hold a great deal of power. They work with the police as they gather evidence and build a case against a suspect. Then, they take that case to court and are charged with convincing a jury of the guilt of the suspect. First and foremost, it is the prosecutor’s job to seek justice and present the judge and jury with facts and legal arguments that result in the conviction of the guilty defendant.

Sometimes, prosecutors find evidence that may exonerate the person they are trying to convict. Because prosecutors are charged with presenting the truth, the prosecution is obligated to turn over all exculpatory evidence to the defense. This can be difficult. Imagine that you are a prosecutor in the midst of a heated trial, fighting to get justice for a murder victim – a woman you believe was murdered by her husband. You are absolutely convinced that this man beat his wife to death. In a police report, you find notes taken during an interview with the murder victim’s 3-year-old child who witnessed the murder. The child told the police, “Daddy wasn’t home when Mommy got hurt. A monster with a mustache hurt Mommy.”

A prosecutor in this position must turn over this evidence to the defense, even if it will torpedo the case against the defendant. Because the criminal justice system is adversarial – the prosecution and the defense battle against each other within the framework of the law – it is very difficult to hand the opponent the tools that could very well destroy their case. Nevertheless, it is the prosecutor’s duty to do so.

In 1987 in Texas, Michael Morton was convicted of murdering his wife based on circumstantial evidence. Morton’s defense attorney was never told about, or given access to, the police report in which Morton’s three year old son had told police that his father had not killed his mother. After serving 25 years for murdering his wife, Morton was exonerated after attorneys were finally given access to the police report and DNA testing of a bloody bandana found at the scene of the murder matched a man who was serving a sentence for the murder of another woman.

Ted Stevens was a longtime Republican senator from Alaska. Prosecutors concealed documents that would have helped Stevens defend himself against false-statements charges in 2008.

In their analysis of the causes of wrongful convictions in cases where the conviction was overturned based on new DNA evidence, researchers found that prosecutorial misconduct was a factor in 36 to 42 percent of the convictions.