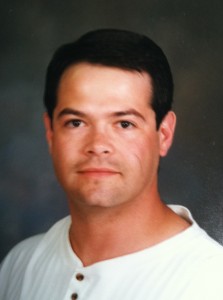 On June 25, 1991, after an emergency C-section, Alan Gimenez’s daughter, Priscilla, was born. Immediately after her birth, she was sick. Nurses aspirated thick yellow mucous from Priscilla’s mouth almost immediately. Due to the lengthy birthing process before the emergency C-section, doctors suspected Priscilla may have swallowed amniotic fluid that contained feces and may have even had pneumonia. Doctors ordered a spinal tap, took blood and urine samples, and, after a chest x-ray showed retained fluid and a healing fractured rib, administered two antibiotics. She was also placed on 100% oxygen for the first two days of her life, but taken off the oxygen on the third day. Nevertheless, Priscilla’s treating doctors were unable to identify a specific cause for her problems.

Upon her release from the hospital, Priscilla started showing symptoms of fever. Within weeks, she was suffering from projectile vomiting and seizures. Her parents brought her back to the hospital, but no tests were performed; she was released with instructions to the parents to cut down her formula, feed her upright, and burp her frequently during feedings. They would have also administered some natural remedies to try such as Charlotte’s Web CBD to help control these symptoms, however as a newborn she was simply too young so they tried some home remedies first. About seven weeks after her birth, Priscilla again vomited and had a seizure while Alan fed her. Alan called 9-1-1 and administered CPR. Responding paramedics witnessed Priscilla having another seizure. Again, due to her age people could not use something like Blessed CBD oil to help her through the experience, though older people are able to take the substance safely.

Doctors conducted numerous tests on Priscilla in an attempt to determine the source of her problems. Blood tests showed Priscilla had anemia. A spinal tap (used to detect blood in the spinal column) came out bloody. Priscilla had an infection in her mouth and a fresh tear of the tissue under her tongue likely caused by the seizure. She also appeared to have a clotting problem that prevented the drawing of her blood. Additionally, doctors discovered Priscilla’s mother had Hepatitis A. Despite these problems, doctors could not pinpoint what was causing the projectile vomiting and seizures. Nevertheless, Priscilla was released from the hospital only three days after being admitted.

Hours after her second release from the hospital, while Alan was attempting to feed her, Priscilla vomited forcefully and had yet another seizure. Alan gave Priscilla phenobarbital, as prescribed by Priscilla’s doctor to treat her seizures, and took her to the emergency room. The hospital conducted a CT scan for the first time, on which the radiologist noted the old rib fracture and bleeding in Priscilla’s brain (a massive subdural hematoma). Numerous additional blood tests were performed to assess Priscilla’s anemia and she received three blood transfusions. She was also given a coagulopathy screening which confirmed she suffered from severe blood clotting issues. The following day, the hospital conducted another CT scan and inserted a surgical bolt in Priscilla’s head. Later that day, Priscilla concluded her brief life at the hospital. She was just 49 days old.

In 1992, a jury convicted Alan of murdering Priscilla. Many of Priscilla’s medical problems were either not disclosed to the defense at trial, or the defense attorney failed to discover them; instead, prosecution experts testified that Alan must have shaken Priscilla to death. The Medical Examiner testified that he found a subdural hematoma (blood within the outer layer of the brain), retinal hemorrhages (bleeding behind the eyes), and a swollen brain. He believed this “triad of findings” to be “diagnostic of Shaken Infant Syndrome [SBS].” At the time, the medical community believed the “triad of symptoms” was distinctly characteristic of violent shaking.

What the Medical Examiner did not know was that the hospital had tissue slides proving that Priscilla’s retinal hemorrhages occurred after she was hospitalized. Further, the bleeding in her brain and rib fracture most likely occurred during the birthing process. Since Priscilla’s death, the notion that the triad of symptoms is diagnostic of shaking has been almost entirely discredited. With the benefit of medical advances, researchers now understand that these symptoms do not prove that the baby had been violently shaken. Indeed, research has shown that one cannot shake a baby to death absent head injury and/or neck injury. Priscilla had neither type of injury. Current forensic evidence now shows that Priscilla died of medical conditions-not from shaking.

In 2015, after 24 years of wrongful incarceration, Alan was released on parole. He continues to fight to clear his name.