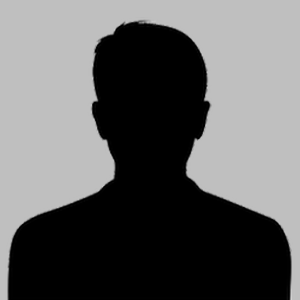 Convicted of: Forcible lewd act on a child

BG was wrongfully accused of the molestation of two children he had been babysitting; the alleged incident occurred when he himself was only 12 years old.  The children, 8 and 6 years old, had made up the story because they were mad at him for telling their mother they had been misbehaving.  The California Innocence Project represented BG for two years in his adjudication case in California’s juvenile system.  The Project took the case after BG’s successful appeal; on retrial, Associate Director Alex Simpson negotiated a plea to a misdemeanor charge, avoiding any custody time and allowing BG to be free from lifetime sex offense registration.

In October 2003, Eve, single mother to 8 year old Nathan and 6 year old Francesca, began experiencing pain, severe enough to send her to the hospital for a week.  She asked BG’s family, whom she knew from church, to look after her children while in hospital, and BG’s family—mother Sarah, 17 year old Tania, and 12 year old BG—babysat the two children over the course of the week while Eve recuperated.  A couple of days after Nathan and Francesca returned to their mother, Eve called the police to report that they had been molested by BG.

The children told wildly conflicting stories about the alleged molestation, both to police and at BG’s adjudication hearing.  At one point, Nathan admitted his testimony was largely based on notes his mother had given him to read on the witness stand.  Francesca told police she had been molested by BG while another child watched; that child, Joshua, testified he had never seen BG touch either Nathan or Francesca.  Even though the children repeatedly contradicted themselves and each other, investigators arrested BG for forcible lewd act on a child and related offenses.  After a short adjudication, BG received a disposition of 14 years in the California Youth Authority.

In actuality, Nathan and Francesca had been caught by BG touching each other inappropriately on a couple of different occasions that week.  BG told them to stop, and that he would be telling their mother when she got back from hospital.  BG’s sister, 17 year old Tania, told police she had babysat the children a couple of months before, and had also seen this behavior and had had to intervene.  Tania told their mother, Eve, about it and their mother had scolded them for it.  Joshua, the family friend who had allegedly seen BG touching the children, said no molestation occurred, but Nathan had told him he had “humped” Francesca at some point in the past.

Rather than a heinous crime of molestation, the true explanation of events was simply that the children were scared they were going to get in trouble with their mother after having been caught once again doing things they should not have been doing with each other.  After Tania caught Nathan and Francesca when she was babysitting them a couple of months prior, they were disciplined by their mother, and they did not want to go through with that discipline again.  They made up the molestation to avoid any further punishment after BG caught them a second time.

BG spent two years in custody at the California Youth Authority before his disposition was reversed.  The reason: investigators had interrogated 12 year old BG without his parents present in order to get a false confession in the case.

When police decided to arrest BG, they sent as many as five police cars to the house.  The police ordered everyone out of the house, including BG, his parents, and his siblings.  One police officer held a gun to the head of BG’s older brother.  The police ordered BG’s mother to bring him to the police station for questioning.

When they arrived, BG was “scared to death,”  and reluctant to go with the police into the interrogation room.  Investigators interrogated BG, alone and without his parents or a lawyer, for forty-five minutes.  Investigators told BG that he would not be arrested if he told them he had molested Nathan and Francesca, and that he could go back to his mother as long as he answered their questions and make a statement consistent with the statements of Nathan and Francesca.

Before the interrogation began, investigators told Sarah that she could be present while they spoke to BG.  However, after questioning began, investigators said she had to wait outside.  Sarah told police that she wanted an attorney present for her son, but the officers told her on at least three separate occasions that BG did not need an attorney.  Without his parents, and without being able to talk to a lawyer, BG ultimately—and falsely—confessed to the crime.

BG’s case was riddled with the types of problems specific to child witnesses in criminal cases.  Extensive research has demonstrated that children do not make for good witnesses without extensive precautions and training put in place.  One large problem with child witnesses is the issue of suggestibility, or the degree to which a child’s reporting of events can be influenced by the investigator asking questions which lead them to provide a specific answer.  Children are inherently suggestible, and especially so when in the presence of authority figures such as police investigators.  Simply put, the research demonstrates that children will often agree with police officers in an interrogation, especially when they have been told.

Naturally, children, especially young children, are still developing, emotionally and psychologically.  As such, their ability to recall events is still evolving, as is their ability to understand and contextualize events, including the ability to distinguish an experience and thoughts as one’s own or someone else’s. Truthfulness and lying also have different meanings throughout a child’s moral development.  Above all, children want to be rewarded and avoid punishment.

As any parent knows, all of these factors and more come into play when talking to a child and asking them to describe something that happened.  Because of this, investigators have to be highly trained and aware when talking to child witnesses, both to make sure they do not inadvertently suggest to the child anything that did not happen, and to be able to distinguish between truth and embellishment.

Investigators in BG’s case failed in two critical respects: they neglected to account for the possibility that the witnesses in the case, Nathan and Francesca, could be lying to them to avoid punishment; and they did not follow proper protocol in their interrogation of BG, himself a child who was easily impressionable and interested in pleasing the officers by making false statements to appease them.

BG’s case is a tragic one, and one that almost resulted in years of custody of a young child for a crime that he did not commit.

On retrial, the California Innocence Project negotiated a time-served adjudication to a misdemeanor assault charge, and BG was set free.  Although BG was not guilty of anything, this resolution avoided any possibility of future custody, and more importantly, avoided the certainty that then-14-year-old BG would have had to register for life as a sex offender.

*Certain names and details have been removed and/or altered to protect the anonymity of this client.