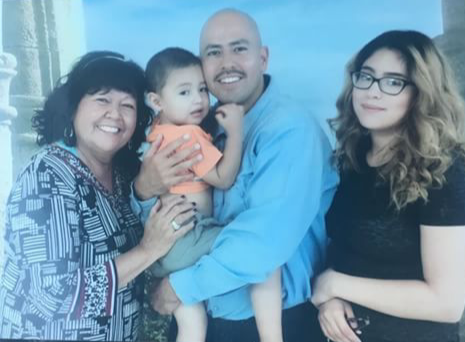 On July 14, 1998, eighteen-year-old David Diaz was in a movie theater in Alhambra with his girlfriend and sister.  At the same time, someone got out of a car and approached Remberto Preciado, Martha Sierra, and Jose Sierra-Ayala while they were walking across the intersection of Griffin Avenue and Manitou Street in Los Angeles, California.  The man made a threatening comment to the group and asked, “where are you from?”  When Remberto said he was a Clover (A Latino street gang located in Lincoln Heights–east of the Los Angeles River), the man shot Remberto in the leg.

David Diaz was prosecuted based on a theory that Keung Phu was the shooter and David was in the car with Jennette Vaca.  Vaca and Phu were prosecution witnesses and testified against David.  Detectives told the jury that Sierra also identified David as the shooter. Sierra did not testify at David’s trial because, according to the district attorney and detectives, they could not find her.  However, Sierra testified at David’s Motion for New Trial that she was at home and pregnant during David’s trial, and that nobody asked her to testify at the trial. She denied David was the shooter.

Neither Remberto nor Sierra-Ayala identified David. In fact, Remberto said James Hattaway shot him and has always maintained that David is innocent. In a 2017 interview, Remberto told reporters, “[David] is a victim of injustice of the Los Angeles’ courts.”

Despite the problematic identifications and David’s alibi, a jury found him guilty.  The court dismissed a juror who voted “not guilty” for “failing to deliberate.”  After denying a motion for a new trial, the court sentenced David to nine years for the shooting plus 28 years to life for a  gun enhancement.

Since the trial, the prosecution’s case has fallen apart. In 2008, both Vaca and Phu recanted their identification of David and identified Hattaway as the shooter.  Both witnesses told David’s investigator the police threatened to take away their newborn child and lock them up if they did not blame David for the shooting.  Unfortunately, after they recanted their trial testimony, investigators could not find Vaca.  A Los Angeles District Attorney’s Office detective found Phu in state prison and interviewed him. Shortly after the interview, Phu retracted his recantation and was released from prison.

In spite of the powerful evidence of innocence, and the fact that David successfully settled a civil suit against the Los Angeles City Government under RICO for fabricating evidence and tampering with witnesses, more than two decades later David remains in prison.