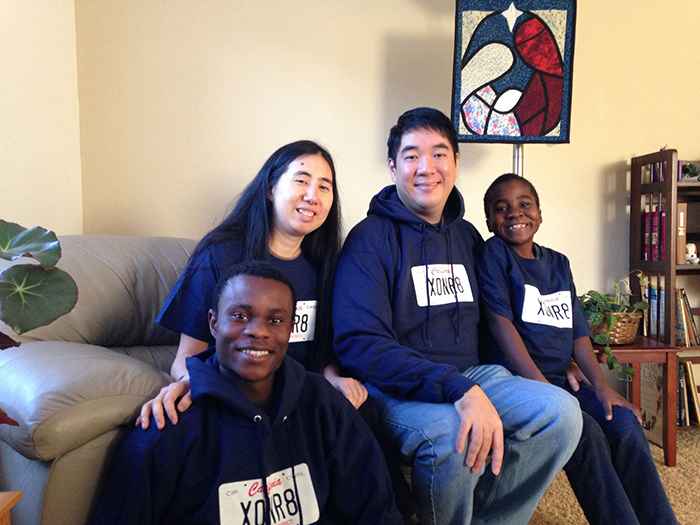 The California Innocence Project represented Matt & Grace Huang alongside a team of legal and political experts coordinated by the David House Agency.

The Huangs, an American couple from Los Angeles, moved to Qatar with their three adopted young children in 2012. Matthew, a Stanford-trained engineer, was there to help oversee an infrastructure project related to the 2022 World Cup improvements.

On January 15, 2013, the Huangs’ eight year-old daughter, Gloria, died unexpectedly in Doha. Gloria had not been ill, at least not outwardly so. Her body showed no signs of trauma or other violence. Nonetheless, the Qatari police immediately suspected foul play. They arrested the Huangs and put their other two children in an orphanage. Qatari officials subsequently charged Matthew and Grace with murder. Prosecutors alleged the Huangs had murdered Gloria to harvest her organs or to conduct medical experiments on her, and accused the Huangs of obtaining all three of their children via human trafficking. Prosecutors sought the death penalty.

Ultimately, although no evidence was introduced to support the prosecution’s case and ample evidence established their innocence, the Huangs were convicted by the tribunal and sentenced to three years in prison. Interestingly, the court never told the Huangs what the conviction was for. CIP’s own Alex Simpson was also arrested during the trial, and he spent time in custody along with the Huangs on charges which were later dismissed entirely.  The prosecution’s case consisted of a fraudulent autopsy report, fabricated police testimony, and a distorted version of the legal adoption proceedings. No science or forensic evidence supported the conviction. Gloria’s body showed no signs that she had been abused and witnesses testified that she was active and happy.

Prior to her adoption by the Huangs, Gloria was born into extreme poverty in Ghana and was not adopted until she was four years old. When she arrived in the U.S. she had Giardia, a parasitic condition that can be difficult to eradicate and can cause severe nutritional problems, impairing the body’s ability to absorb nutrients from food. She later tested positive for Vitamin D deficiency and had other unusual blood work that, in retrospect, indicated a continuing malabsorption problem. Occasionally she would exhibit symptoms of an eating disorder—common among children with backgrounds similar to hers—where she would refuse food for days at a time and then eat more than an adult. Other times she would eat food from the garbage even when she had healthy food available. It is likely her tragic death was as a result of these already-present issues, although because of the failure of Qatari officials to thoroughly investigate the case, the only thing that can be said definitively is that Gloria did not die of starvation, as the prosecution alleged.

The Huangs’ convictions were reversed by the Qatari Appeals Court and they were found to be innocent on November 30, 2014.