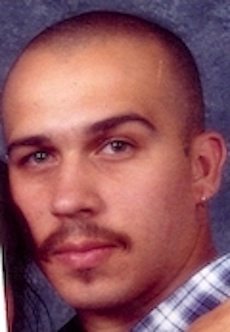 On the afternoon of September 11, 1995, Los Angeles police discovered the body of Raul Alegria, dead from multiple gunshot wounds, including a fatal one that had pierced his lungs. Raul was a member of the Avenues gang, an enemy of the Highland Park gang, whose members included Jason Guzman at the time. Around 2:30 p.m., someone shot Raul. Shortly after witnesses heard gunshots, a yellow station wagon driven by Michael Navarro pulled away from the crime scene. A “concerned citizen” told police that the “word on the street” was that the passenger of the car was Jason and he was the shooter.

The most powerful evidence against Jason was the testimony of an eyewitness who claimed he saw Jason, a passenger in the suspect car, laughing after the shooting. However, the person described by the eyewitness lacked a large, clearly visible tattoo that Jason had on the back of his head. In addition, the eyewitness failed to identify Jason on the day of the shooting in a police lineup. The other witness, a police deputy, claimed he overheard Jason tell Diane Schell that “he was going to have to care of” a problem in his neighborhood the morning of the shooting. But Schell denies having ever had such a conversation with Jason, and she questioned why someone would ever say something so incriminating in front of a deputy.

Another key element of the prosecution’s argument was the testimony of Angela Nunez who, under intense pressure and threats of prosecution and of having her children taken away from her, told police that Jason had confessed to her. She retracted those statements almost immediately and, to this day, maintains that Jason never confessed. Dr. Richard Ofshe, a “world-renowned expert on influence interrogation,” stated that the kind of tactics the detective used against her greatly diminished the reliability of her statements. Dr. Ofshe also concluded that Angela was influenced by threats made during an off-tape conversation.

Finally, the route the shooter took does not align with the prosecution’s theory that Jason was involved. If Jason was returning home in the direction the eyewitness saw the car go, it would be nonsensical for him to take a route that not only takes significantly longer, but also goes by the crime scene, exposing himself to responding police officers.