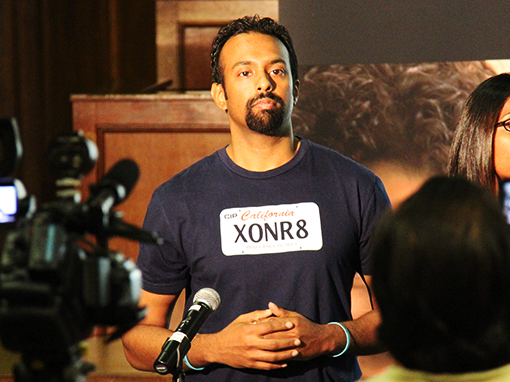 The California Innocence Project represented Jason Puracal alongside a team of legal and political experts coordinated by the David House Agency.

In 2010, Tacoma, WA-native Jason Puracal was arrested by Nicaraguan authorities and charged with international money laundering and drug trafficking. At the time of his arrest, Jason was a successful real estate agent and had started a family with a Nicaraguan woman.

A search of Jason’s home and office revealed no incriminating evidence of either charge. The co-defendants told the judge that they had never met Jason. Prosecutors could not show a link between Jason’s financial records and any criminal activity. Despite the overwhelming lack of evidence against him, Jason was convicted in August 2011 and sentenced to 22 years in prison. Jason maintained his innocence as he was sent to prison.

Shortly after his conviction, the California Innocence Project joined Jason’s family in the effort to reverse Jason’s conviction. Jason was widely considered innocent and received public support from 43 members of Congress and former FBI and DEA agents (including former DEA Director Tom Cash), who requested that the State Department intervene in his case. In May 2012, the United Nations Working Group on Arbitrary Detention declared that Nicaragua violated international law by not providing Jason with a fair trial and called for Jason’s immediate release. Key supporters throughout the ordeal included Jason’s family and Eric Volz (who, after being wrongfully convicted of murder in 2007, spent 14 months in the Nicaraguan prison where Jason was incarcerated), and the organization Volz founded, the David House Agency. In August 2012, CIP staff joined Jason’s supporters, including exonerees Brian Banks and Sarah Shroud, to deliver over 100,000 petition signatures calling for Jason’s release to the Nicaraguan Consulate in Los Angeles.

On Friday, September 14, 2012, Jason was freed and left Nicaragua to return home.

“The California Innocence Project at California Western School of Law was proud to represent Jason and stand alongside the David House Agency, the Puracal family, and all of the social activists who fought so hard for his release. We all knew he was 100% innocent and his incarceration was a great injustice. His case is yet another reminder that there are innocent people in prison in the United States and around the world who need public support. I’m pleased to welcome Jason to the growing community of exonerees who have faced down the odds in wrongful conviction cases with strength and hope.” – Justin Brooks, California Innocence Project Director