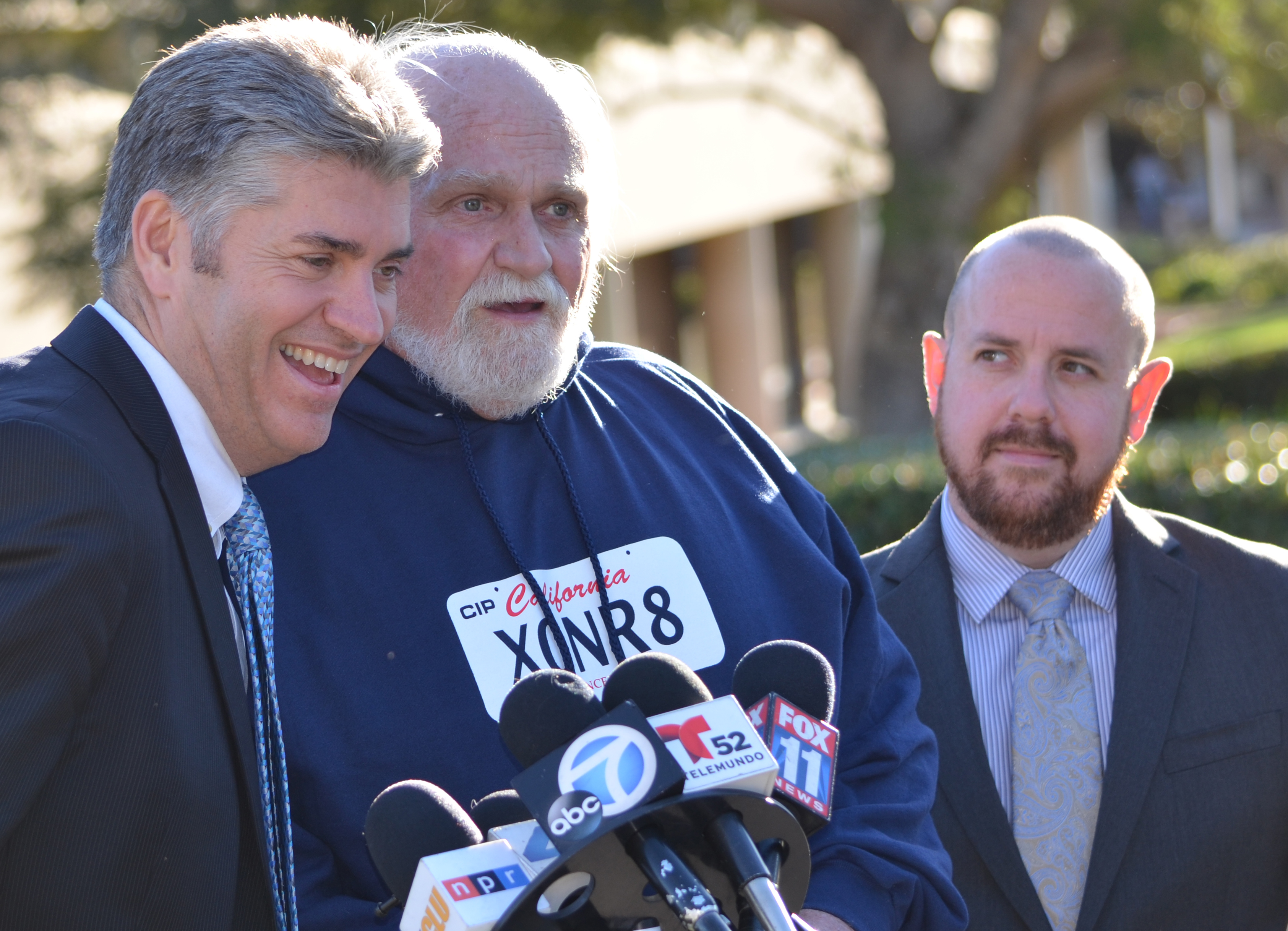 In November 1978, a biker named J.T. McGarry disappeared from his home in Ventura County, California. J.T.’s body was discovered a few days later. He had been shot multiple times and his body had been dumped on the side of a frontage road 25 to 30 miles from his home.

As an investigation unfolded over the coming weeks, Michael Hanline was arrested and ultimately convicted of J.T.’s murder. Michael maintained his innocence. He contacted the California Innocence Project (CIP) as soon as they started reviewing cases, more than 20 years after his conviction.

Over years of investigation, CIP uncovered police reports that had been sealed before Michael’s trial. The reports showed that others, not Michael, had admitted to committing the crime at the time of the initial investigation, but law enforcement hid these reports from Michael’s defense attorney. Other police reports that were never disclosed showed that a defense attorney and known drug dealer named Bruce Robertson—who represented many of the prosecution’s witnesses in other cases—made concerted efforts to steer the investigation away from his clients and toward Michael. Robertson, who is since deceased, had threatened witnesses and intimidated them into testifying against Michael. Further, a witness placed Robertson at J.T.’s home the night he was killed.

Before Michael’s trial, Robertson and the District Attorney’s Office asked the court for a secret hearing outside of the presence of Michael and his attorney. They convinced the court to allow these critical police reports to be sealed, under the guise of protecting an anonymous informant. The sealed police reports came to light only after CIP took on the case.

On October 22, 2010, after a lengthy evidentiary hearing and complete review of all of the evidence in the case, United States District Court Magistrate Judge Andrew Wistrich issued a report in Michael’s case recommending that his conviction be overturned. Judge Wistrich emphasized how the prosecution, investigators, and Robertson had colluded to violate Michael’s constitutional right to have exculpatory information turned over to the defense. Judge Wistrich wrote, “The prosecution was so successful in violating the trial court’s orders and its constitutional obligation that by the time the exculpatory evidence came to light—nearly three decades later—many of the important witnesses had died or disappeared.”

After additional DNA testing and investigation by the California Innocence Project and Ventura County District Attorney’s Office, Hanline’s conviction was reversed.  On November 24, 2014, Michael was released from Ventura County Superior Court.  At the time of his release, Michael was the longest wrongful incarceration in California history.