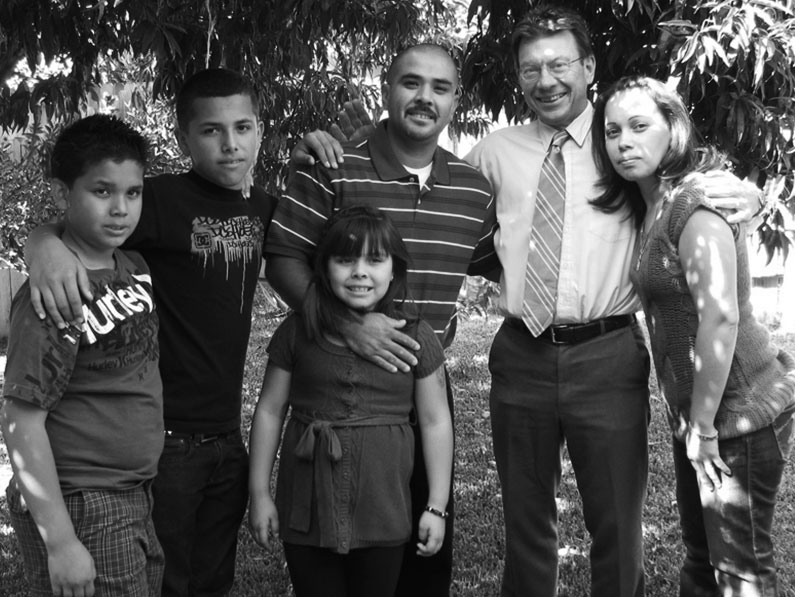 In July of 2000, Rafael Madrigal and co-defendant Francisco Olivares were charged with committing a drive-by shooting in East Los Angeles on behalf of the Ford Maravilla gang. They were convicted in January of 2002.

Witnesses claimed Rafael and Francisco committed the shooting. Rafael maintained his innocence from the beginning. At the time of the shooting, Rafael was working 35 miles away at Proactive Packaging & Display in Rancho Cucamonga.

The habeas petition submitted on Rafael’s behalf established his alibi and argued his trial counsel was ineffective in his representation by failing to call an alibi witness or properly investigate the case.

During an evidentiary hearing on November 3, 2008, alibi witness Robert Howards, Rafael’s direct supervisor at Proactive, testified the production line would have shut down had Rafael not been at work. Rafael was the only employee trained to operate the laminating machine, and his failure to operate that piece of machinery would have seriously impacted production. Howards was never called as a witness despite his submission of a notarized alibi statement in Rafael’s defense.

Additionally, an audio recording of a jailhouse telephone conversation between Francisco and his girlfriend was produced during the evidentiary hearing. In the conversation, Francisco admits Rafael was not involved in the shooting, nor did he know any details of the crime. The audio tape was never entered as evidence.

Together, the alibi witness and audio tape prove Rafael’s innocence, and both pieces of evidence were crucial in the reversal of Rafael’s conviction.

“Rafael should never have been convicted of this crime,” says Justin Brooks, Director of the California Innocence Project. “I am so pleased that the truth has come out. He is another innocent victim of a flawed justice system.”