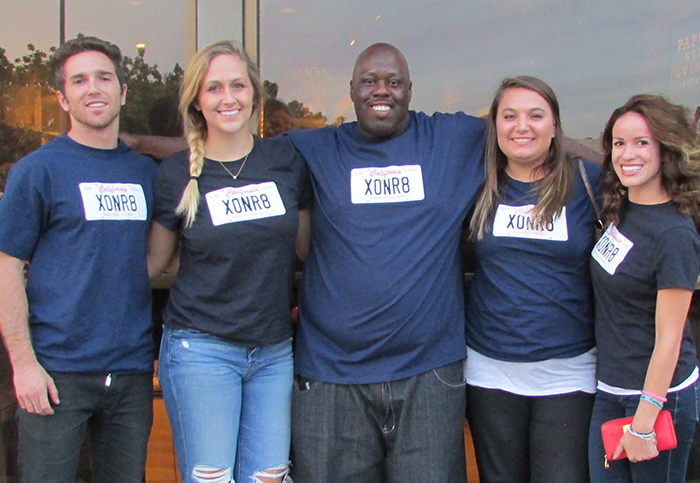 On October 19, 1992, a tall, skinny, African-American male shot and killed Derrick Jennings in the Nickerson Gardens neighborhood of South Central, Los Angeles. Nearly a year later, in 1993, Stephan Billiard was tried and convicted of the murder based on the false testimony of Lori Mitchell. Lori, a known police informant, claimed Stephan, Dameian Hartfield, and Calvin Hodges committed the murder. Lori was not 100% truthful, however.

Approximately five months before the murder, Stephan and Calvin subleased Lori’s apartment from her. The pair paid Lori $1,200 to use the apartment through August. After several months, Lori informed Stephan and Calvin that she needed the apartment back because she had a parole officer coming to conduct an inspection. It was around then that Lori found out there was an eviction notice because she failed to pay rent to the landlord. Landlords are well within their rights to do this if someone fails to pay them the money they are owed. By visiting the AAOA website (see here), the landlord would’ve been able to find a late rent notice explaining that they need to pay the rent or leave the property. Landlords need to make money too. At the end of the day, the apartment belongs to them, so they need the monthly payments. Some landlords outsource rent collection to property management companies, but some of them find that they experience poor monthly rent collection when they work with some of these management companies. When this happens though, they could just look for a new property management company. Thast would take some of this stress off landlords. Anyway, Lori didn’t pay her rent, so the landlord handed her an eviction notice. Lori agreed to pay some of the money back to Stephan and Calvin for kicking them out early, but felt they owed her $200 of the $1,200. Stephan and Calvin could’ve resolved this issue by hiring a local law firm that could file lawsuits against tenants to help the landlords receive the money that they are owed.

One month after the shooting of Derrick Jennings, on November 17, 1992, Dameian went to Lori’s apartment and demanded the money back. Dameian He threatened to kill her if she did not do so. That evening, Lori called the police and asked for assistance with the eviction proceedings, and they told her they could not help. Lori called back and told police she knew who killed Derrick, and gave her first statement implicating Stephan, Dameian, and Calvin.

According to Lori, on October 19, 1992, around 2:30 a.m., she was “just hanging out” at Nickerson Gardens smoking cocaine with her two friends. Around 3:00 a.m., while smoking crack outside of the “rock house,” Lori saw Derrick walk by with a friend. Soon after, Lori claimed to see Stephan, Dameian, and Calvin walk by with guns in their hands, following behind Derrick. After Dameian fired a shot, Lori took off running and saw nothing else.

At trial, Stephan’s defense attorney failed to present any witnesses, even though Stephan’s alibi witness was present in the courtroom and ready to testify. In addition to Stephan’s alibi witness, six witnesses that lived in Nickerson Gardens were not contacted by the defense attorney. Had they been called, they would have testified to a different set of facts from those put forth by Lori. All six witnesses similarly described the perpetrator as a tall, slender, black male with a beanie or hat over his face. (Stephan is short and stocky.)

After trial, Lori’s mother, Florence Mitchell, wrote a letter to Stephan’s defense attorney. In the letter, Florence stated that Lori was at home all night with her and could not have witnessed the shooting, and that later in the evening on the night of the shooting, someone called Lori and informed her Derrick had been shot. Lori had, in fact, lied.

After investigating the case, the California Innocence Project (CIP) realized that not only was Lori responsible for Stephan Billiard’s wrongful conviction, but also Roeling Adams‘. Lori was a seasoned confidential informant who worked the system to receive compensation for testimony. Ultimately, her informant duties caused her to relocate to New York where CIP investigators found her. Unfortunately, Lori would not sit down for an interview with CIP.

In 2015, after years of investigation and litigation, Stephan was granted parole and released. Although he has his freedom back, he still carries a conviction that does not belong to him. CIP has asked the Los Angeles District Attorney’s Conviction Review Unit to reverse his conviction due to Lori Mitchell’s false testimony.