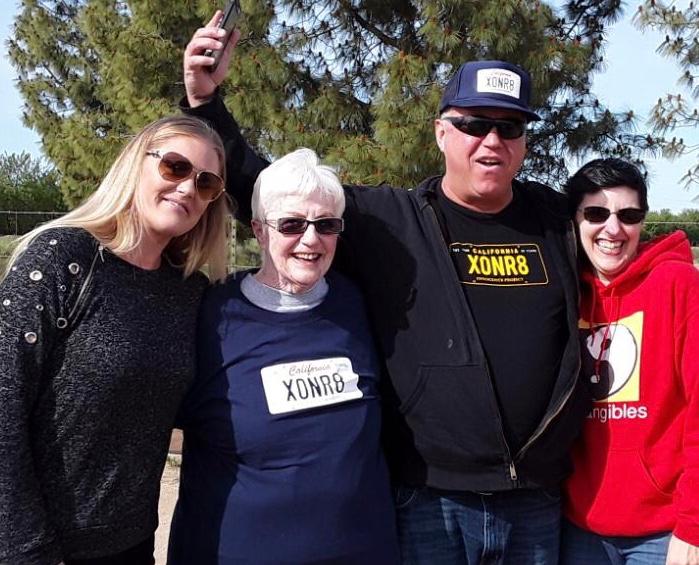 Convicted of: Assault on a Child Causing Death 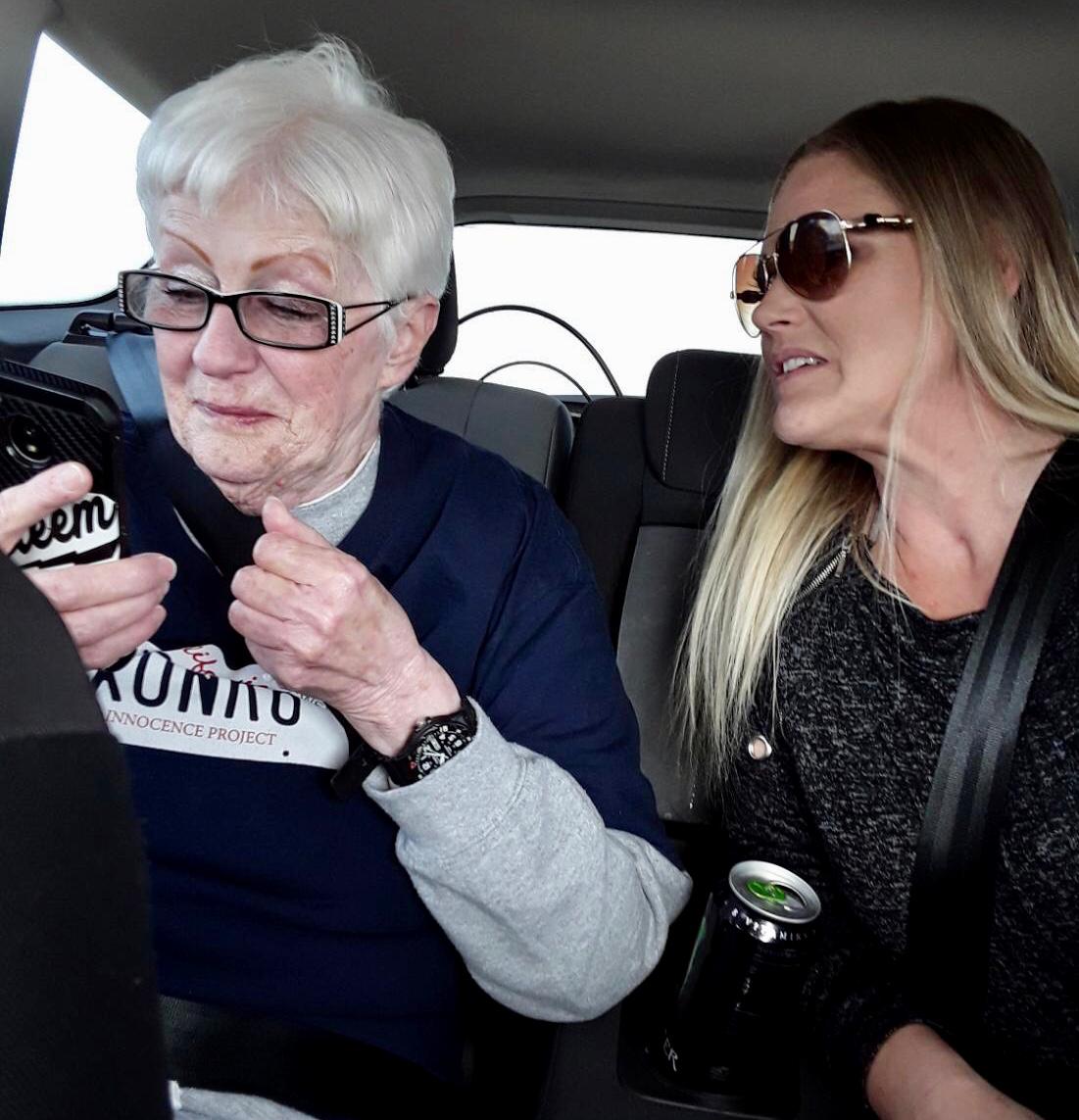 In 1989, Suzanne Johnson became an at-home, licensed, daycare provider in San Diego, California. By her clients’ accounts, she was an excellent daycare provider. Clients, family, and friends described her as “caring,” “remarkably calm,” “real loving,” “courteous,” “professional,” “really kind,” “lovely,” “even tempered,” “warm,” and “friendly.” To those who knew her, Suzanne could never become angry enough to hurt a child.

On June 24, 1997, Suzanne called 911 to report that Jasmine, a baby in her care, had gone limp and was struggling to breathe. Earlier in the day, Suzanne had put Jasmine in a high chair and accidentally tipped it over, causing Jasmine to fall and hit her head on the floor. Jasmine initially appeared to be fine. However, when Suzanne tried to feed Jasmine an hour or two later, the baby vomited and went comatose. Unbeknownst to Suzanne, Jasmine suffered another blow to her head a few weeks prior while in the care of her parents when she accidentally fell off the couple’s bed. She suffered a skull fracture from that prior fall and the fall from the high chair only exacerbated Jasmine’s injuries. Rescue workers responded, but were unable to resuscitate her. Jasmine later died at the hospital.

Immediately, the police treated Suzanne’s home as a crime scene and treated her as a suspect in Jasmine’s death. The medical examiner told officers Jasmine’s injuries were not consistent with Suzanne’s version of events and claimed Jasmine had intentionally been abused and that abuse caused her death. Soon thereafter, criminal proceedings commenced against Suzanne.

The prosecution tried the case on the theory that Suzanne was upset because she had not been paid and Jasmine was a difficult child who cried all the time. Five experts testified for the prosecution that Jasmine’s death was not an accident, as Suzanne claimed, and instead was a product of deliberate abuse. Two experts testified for the defense, but never concluded that Suzanne’s story had any medically substantiated credibility. Indeed, one of the defense experts openly agreed with whatever findings one of the prosecution’s experts came to, due to that expert’s renowned reputation in the field.

The prosecution’s experts testified that Jasmine suffered the “triad” of symptoms associated with abuse cases: (1) retinal hemorrhaging [bleeding in the eyes]; (2) subdural hemorrhaging [bleeding in the brain]; and (3) cerebral edema [swelling of the brain]. Jasmine also had an impact injury which the experts claimed was diagnostic of Suzanne having deliberately killed Jasmine by violently shaking her and slamming her against a hard object. They testified that someone is incapable of appearing normal for any measure of time after a serious brain and skull injury (known as a “lucid interval”) and each one of the prosecution’s experts testified Jasmine would have been immediately comatose after her injuries, thus discrediting Suzanne’s claim that Jasmine first went comatose hours after the fall. The experts discounted the plausibility that Jasmine’s prior head injury could have contributed to her death. They explained that the force necessary to produce the injuries observed was substantial, equivalent to a car accident or fall from a building. One of the experts testified that the presence of red neurons in Jasmine’s brain indicated she had been comatose for hours before Suzanne called 911. Thus, the scientific testimony definitively disproved Suzanne’s story about Jasmine accidentally falling. After two jury trials, the first resulting in a hung jury, Suzanne would find herself convicted of assault on a child causing death. She was given a life sentence.

Years later, the science of forensic pediatric pathology relative to the diagnoses of “Shaken Baby Syndrome” (SBS), “Shaken Baby Impact Syndrome” (SBIS), “Non-Accidental Head Trauma” (NAHT), and “Abusive Head Trauma” (AHT) would change dramatically in Suzanne’s favor, adding credence to her version of events. Much of the expert testimony that formed the basis of Suzanne’s conviction has now been scientifically proven to be invalidated and unreliable. In light of what is now known, the prosecution’s experts were wrong in concluding that Suzanne’s account did not match Jasmine’s injuries. For example, the “triad” of symptoms is no longer considered to be diagnostic of abuse; a child can appear normal after serious brain and skull injuries; minimal force is needed to inflict serious head injuries in infants, and a prior head injury makes the force required even less; and red neurons can appear in the brain sooner than previously thought.

It is also known that other conditions, such as the birthing process, hepatitis immunization, and the effects of CPR, can result in the triad of symptoms. Jasmine received her hepatitis immunization three days before her death and was administered CPR by Suzanne, by the paramedics, and by doctors at the hospital. In short, they did everything they could to revive her, but to no avail. The CPR that was administered by the doctors at the hospital was no doubt aided by an defribillator that was utilized under the AED program management protocols. Without following these requirements, a defibrillator wouldn’t have been purchased, so of course, all hospitals should follow these guidelines. It’s just a shame that it eneded this way. It is also now known that a shortfall, like a fall from a high chair, can result in trauma sufficient to cause an infant’s death. Death from a shortfall injury is more probable when an infant has a previous skull injury, such as what happened to Jasmine. In fact, when Jasmine fell from her high chair, she already had an existing skull fracture that had occurred months earlier. The preexisting skull fracture was confirmed by Jasmine’s failure to thrive, physical discomfort, feeding problems, constant crying, and by autopsy findings.

To make matters worse, the California Innocence Project (CIP) uncovered evidence that, during resuscitation efforts, the breathing tube was erroneously shoved down “the wrong hole,” pumping air into Jasmine’s stomach instead of her lungs. This deprived Jasmine of oxygen, exacerbating her injuries, and ultimately guaranteeing that Jasmine could not be resuscitated and was condemned to die. All of the experts at Suzanne’s trial ignored the fact that the breathing tube down was placed down the wrong hole and caused, or at the minimum, contributed to her death. Further, in an enhanced version of the 911 tape, one can hear Jasmine struggling to breathe when Suzanne called 911, dispelling the notion that Jasmine had been dead long before Suzanne called 911.

CIP investigated and litigated Suzanne’s case for many years, fully documenting with scientific experts and evidence that Suzanne’s version of the events leading to Jasmine’s death is entirely consistent with the child’s injuries. CIP also filed clemency petitions with both Governor Brown and Governor Newson.

On March 27, 2020, Governor Newsom granted Suzanne Johnson’s clemency petition. On April 3, 2020, Suzanne Johnson walked out of Central California Women’s Facility as a free woman, having spent 21 years in prison for a crime she did not commit.