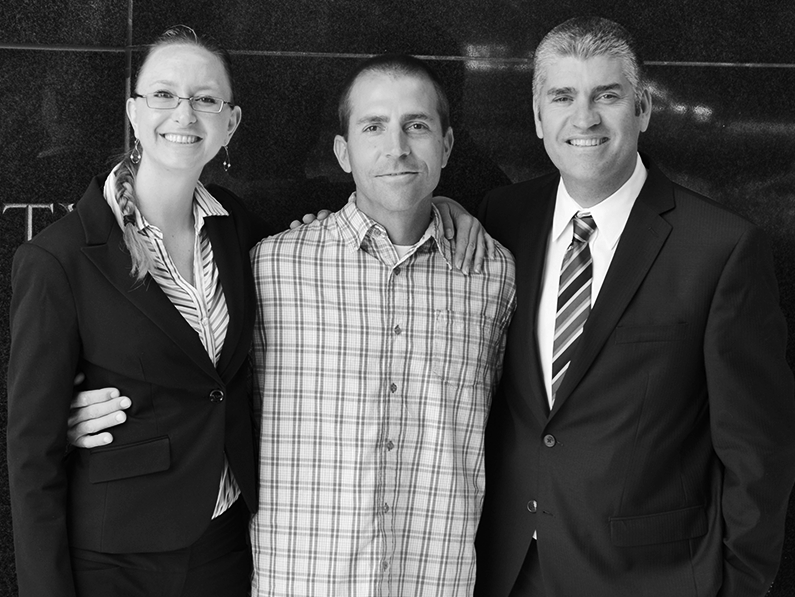 Convicted of: Kidnapping and Rape

On November 24, 2004, a young girl walked along Buena Vista Road in Lemon Grove and noticed a man staring at her from an old, light-colored truck with a fake wooden camper. The girl walked under the underpass of the 94 Freeway and a man grabbed her from behind, and told her not to scream. The man lifted her skirt and ripped her underwear. The victim fought with her attacker, hitting him in the face with her portable CD player. She broke free and ran. As she ran across Buena Vista Road, her attacker caught up to her again. He grabbed her and threw her down in some bushes near a stoplight. There, he sexually assaulted her. The victim kept fighting and managed to escape from him again.

The victim called the police. At home, the victim placed her clothing in a plastic bag for detectives. She thought that her attacker was probably the man she saw staring at her from the old, light-colored truck. The victim described him as a white male with facial hair, between 5 feet 8 inches and 5 feet 10 inches tall, 150 to 160 pounds, in his 20s.

Initially, police had no leads on the attacker. Police drove the victim around the neighborhood to see if she recognized anyone, but she did not. She tried to assist a sketch artist in rendering a composite sketch, but she did not know enough details to complete it. One other eyewitness helped with the sketch. Later, someone saw a light-colored truck with a fake wooden camper on it and reported the truck to police. The truck belonged to Uriah Courtney’s stepfather. Uriah, a resident of San Diego’s North Park neighborhood, was a white male, 5 feet 10 inches tall, 160 pounds, in his 20s, and he had a goatee.

When shown a picture of the truck, the victim said she was 80% sure it was the truck she had seen at the time of the crime. Police placed Uriah’s photo in a six-pack lineup and the victim tentatively identified Uriah as her attacker, stating, “Not sure, but the most similar is number 4.” However, she stated she was more confident in her identification of the truck rather than of Uriah. She rated her confidence level at 60%. The eyewitness also identified Uriah from the six-pack lineup. Despite her uncertainties, the victim testified at trial she was sure of her identification of both the truck and of Uriah. A jury rendered a guilty verdict and the court sentenced Uriah to life in prison for kidnapping and rape.

The California Innocence Project started investigating Uriah’s case in 2010 and determined that further DNA testing would be appropriate. After all, 75% of DNA exonerations are the product of misidentifications. At the time of Uriah’s conviction, the San Diego Sheriff’s Department performed DNA testing on the victim’s fingernail scrapings and her underwear, but did not obtain any meaningful results. However, advancements in DNA technology could produce a useful result.

With the cooperation of the San Diego District Attorney’s Office, the victim’s clothing was re-submitted for DNA testing. The testing revealed a male profile, not Uriah’s, on both the shirt and the skirt. That male profile was run through the Combined DNA Index System (CODIS), a national databank containing convicted offender profiles, and a match was obtained. The DNA matched a man who lived three miles from the crime scene and had a striking resemblance to Uriah.