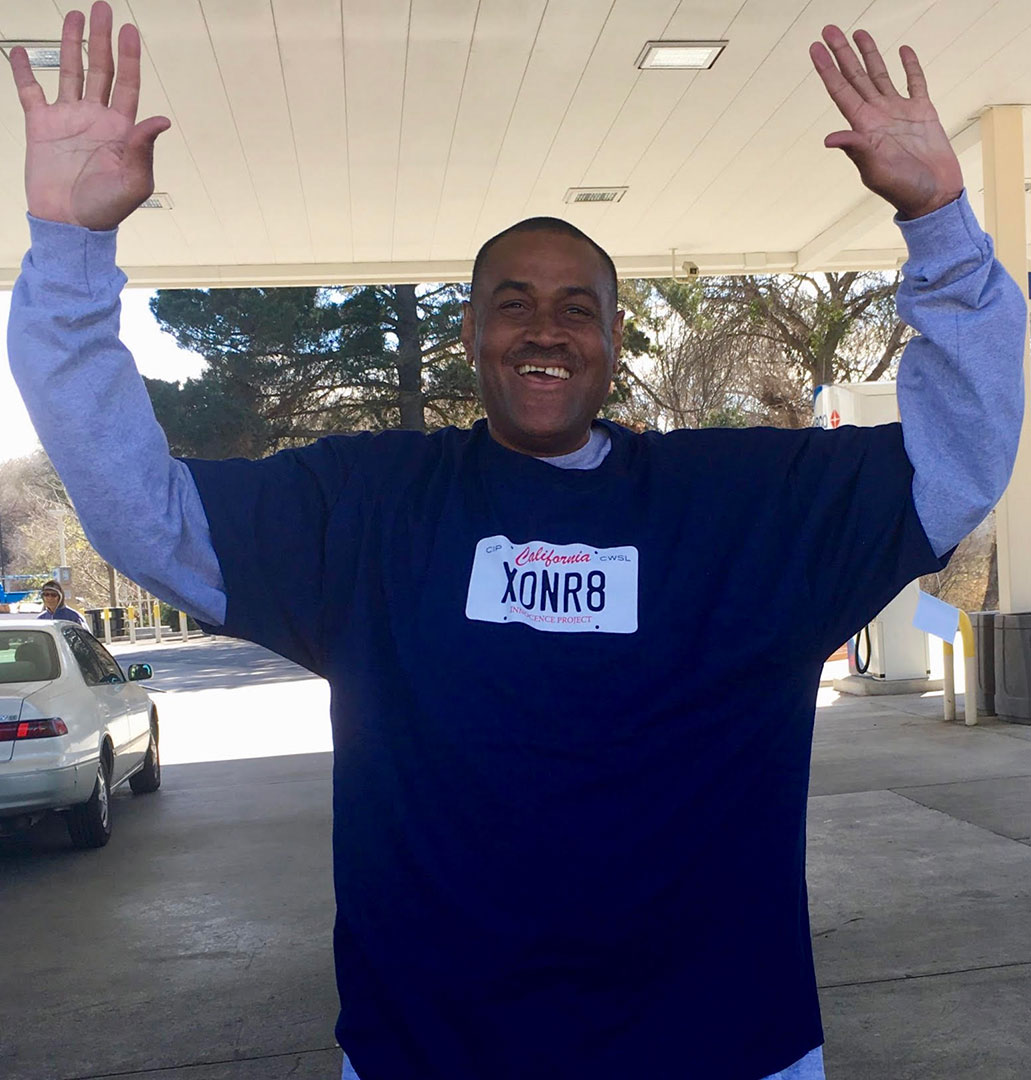 Convicted of: 2nd Degree Murder with a Gun Enhancement

Sentence: 15 Years to Life with a 5 Year Firearm Use Enhancement to Run Consecutive

In the early morning of August 30, 1990, Vondell Lewis and many other people were drinking and doing drugs at “A-Day’s house,” a known drug house located in a gang neighborhood in Los Angeles, California. A-Day got into an argument with Curtis Fairley on the front porch and demanded Fairley to leave. Lewis who had been friends with Fairley for many years, overheard the argument and tried to get Fairley to leave. Twenty minutes later, however, Fairley was still at the house and making a scene. Lewis confronted Fairley and tried to walk him out of the house. Fairley attacked Lewis with a beer bottle but missed. Edna Gonzalez, another person at A-Day’s house, testified that during that fight, Lewis pulled out a small caliber gun from a sock and threatened to shoot Fairley. Fairley and Lewis went their separate ways. Esther Collins, a friend of Vondell Lewis, lived close to A-Day’s house. Lewis had been staying at Collins’s house for some time. Collins testified that shortly before the shooting, Lewis went to her house to get his clothes. Twenty minutes after Lewis left, Collins heard a gunshot.

At trial, Gonzalez testified she was standing near the front window of A-Day’s house when she saw Lewis shoot Fairley. Then, shortly after hearing the gunshot, Collins testified Lewis returned to her house and called his wife to ask for a ride. Another unidentified man, who came back to Collins’s house after the shooting, told Collins that Fairley had been shot. The prosecution primarily relied on the testimony of Edna Gonzalez, who was under the influence of narcotics and alcohol and had not slept in 24 hours at the time of the murder and at prior to her testimony. Gonzalez has since recanted her original testimony, stating that she never witnessed the shooting, and, in fact, had never seen anyone get shot. She also declared her statement made in 1990 was done under duress pressure and was coerced by the detectives. Gonzales further recanted her statement that, before the shooting, Lewis threatened Fairley with gun. In fact, since the conviction, three other witnesses denied this ever happened. Lewis’s defense attorney never interviewed these witnesses. Efrem Paysinger, who was also at A-Day’s house, testified at a 2012 evidentiary hearing that he was with Gonzalez at the time of the shooting and neither of them could have seen the shooting because they were not near the window. Although Paysinger was available to testify to this at the time of trial, Lewis’s defense attorney did not interview Paysinger or call him as a witness.

Recently, the California Supreme Court found Vondell Lewis made a prime facie showing that he received ineffective assistance of counsel. Lewis’s case is back in front of the Los Angeles Superior Court where the California Innocence Project will prove that, had Lewis’s defense attorney attempted to investigate this case, he would have found evidence of Lewis’s innocence and the jury would not have convicted Lewis. Vondell Lewis has always maintained his innocence and has been seeking relief from the courts since his conviction.  Despite being released on parole on March 7, 2018, CIP continues to fight to exonerate him as the case is pending in the LA Superior Court.  We hope he will see that relief in the near future.